By LRU Writer | On: September 18, 2018
Mexican actress Melissa Barrera is a well-known name in and out of Mexico for her roles in TV soaps, Acapulco and Tanta Amor. Undoubtedly, the actress' talents and charm have camped in many fans' hearts, which will bring along the curiosity towards her dating life too. And when it comes to dating, the actress has been sharing romantic Instagram posts with a mysterious hunk and the couple is madly in love. 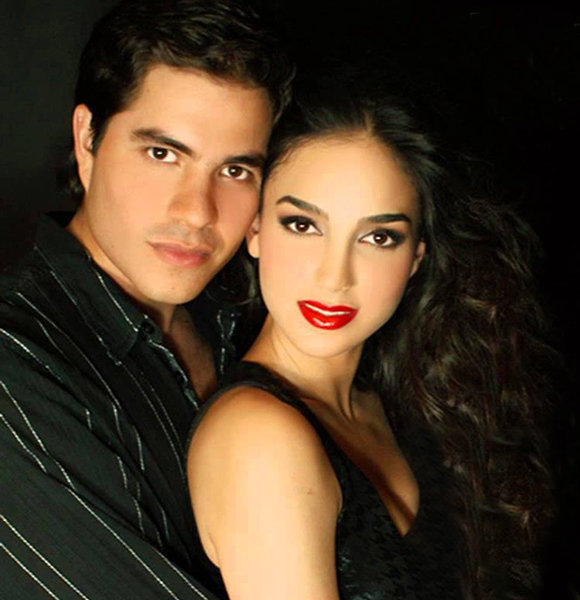 Mexican actress Melissa Barrera is a well-known name in and out of Mexico for her roles in TV soaps, Acapulco and Tanta Amor. Her project, Vida (2018) is the latest taste she has served to her audience, that has certainly attracted a lot of critical acclaims and fan base. Also, her nude scene for the show is going viral among television enthusiasts.

Well, undoubtedly, the actress' talents and charm have camped in many viewers' hearts, which has brought the curiosity of fans towards her dating life too. And when it comes to dating, the actress has been sharing romantic Instagram posts with a mysterious boyfriend and the couple is madly in love.

Along with her bio-related information, let us explore Melissa Barrera's personal life!

While Melissa's acting abilities made her a household name in the acting world, her love life is doing the same in gossip magazines. The actress possessing a Latina ethnicity along with a Spanish heritage has been in a long-term relationship with her musician boyfriend, Paco Zazueta.

The loving couple first met during the filming of the reality show, La Academia in 2011, and have been inseparable ever since. Melissa and her boyfriend started their romance in September 2011, and their love for each other has been developing with every passing minute. The power couple spends most of their time together; be it celebrating a festival together or welcoming the special occasion, New Year. After dating for seven years, the couple decided to level up their relationship and got engaged in June 2017.

When news about the Monterrey, Mexico native's engagement surfaced, it broke many bachelors' hearts.

Paco popped out a ring and asked the million dollar question in June 2017 after the pair spent time together in the famous Manhattan landmark, Empire State building.

Melissa said yes to Paco and even took their proposal moment to Instagram on 11 June 2017. As per the image, the couple looked cozy while Melissa sparkled her new diamond engagement ring. Mexico's most-read entertainment website, Tvnotas.com.mx even covered the couple's engagement a day later.

Post-their engagement, Melissa also spent her time with her fiancee on Time Square, New York, which her yet-to-be husband later posted on his Twitter.

Similarly, the couple celebrated their 6th anniversary of together as per Melissa's Instagram shared on 25 September 2017. Writing a beautiful caption, Melissa expressed her desire to remain with her partner for a whole lifetime. More From LiveRampUp:- Openly Gay LZ Granderson Husband To Be, Net Worth At Age 46 - Details!

For the occasion of their first engagement anniversary, Mellisa's prospective husband Paco shared the picture of him reliving the proposal moment once again at the Empire State Building. The photo shared by Paco on 11 June 2018 showed him on one knee proposing Melissa to get married. The married couple is still going strong in their love which is apparent from the recent photo Melissa posted on 3 September 2018. However, both, Melissa and Paco are yet to be married. And the pair has not disclosed the date which marks the initiation of their married life.

But their affection and gesture for each other may indicate the couple is ready to be pronounced as husband and wife.

The beauty, who aged 28 as of 2 July 2018, mentions regularly about her family in her social media, thanking them for their support. She thanked her father in Twitter on November 2012 for making an effort to attend her function.

Apart from being an actress, she is also a responsible elder sister to her siblings and supports them in every capacity she can. She posted a photo with sister Rosana Barrera on Instagram congratulating her on her big day.

With an enviable fiance, loving family and a burgeoning career, the only way is up for the beautiful actress.