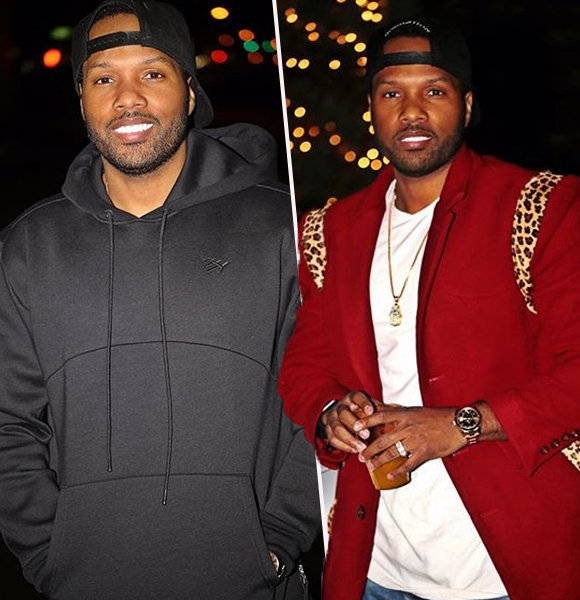 Mendeecees Harris is a reality star best known for his appearance as one of the cast members on the VH1 reality television series Love & Hip Hop.

Before his fame from the VH1 series, Mendeecees worked as a manager for aspiring rappers and also founded his music-recording studio- Beat Factory studio.

Mendeecees Harris was born on 26th October 1978 to parents Roberto and Judy Harris. The Harlem, New York native's parents got separated while he was very young; after that, he, along with his brother Tyrus Harris were raised by their single mother.

Mendeecees Harris tied the knot to reality star Yandy Smith on 25th May 2015, after dating for eight years. Their wedding was a grand event, a reminiscence of the Cinderella fairy tale in a live televised ceremony, which was showcased in an episode of Love and Hip Hop.

For the big day, the bride donned a Pnina Tornai sleeveless gown, whereas the groom looked dapper in a navy blue suit.

Their wedding was attended by a large group of family and close friends.

Mendeecees' wife is a reality star best known as one of the most popular cast members on the VH1 reality television series Love & Hip Hop.

She is also an entrepreneur who is a co-owner and brand manager of the brand- Everything Girls Love.

According to Celebrity Net Worth, Yandy has a net worth of $15 million.

Mandeecees Harris is a father to four kids. In 2015, Mendeecess was accused of being involved in drug trafficking; he was accused of shipping more than $2.5 million worth of heroin and cocaine for more than seven years, from 2005 to 2012.

After being accused, he pleaded guilty and had to pay $171,000 in fines and forfeit his brand new Audi R8.

On top of that, he got 97 months prison sentence. However, he got parole after serving four years in January 2020.

According to Celebrity Net Worth, Mendeeces' career as a music producer and reality TV personality has rendered him a net worth of $800 thousand.