By LRU Writer | On: January 22, 2020
Meredith Foster's dating status...waiting for the right person to be her boyfriend...Meredith was born to parents...Overall, she grew up alongside her two siblings...Talking about her education, she graduated from high school in...Meredith Foster before and after her weight loss in...Facts About Meredith Foster Including Age, Height... 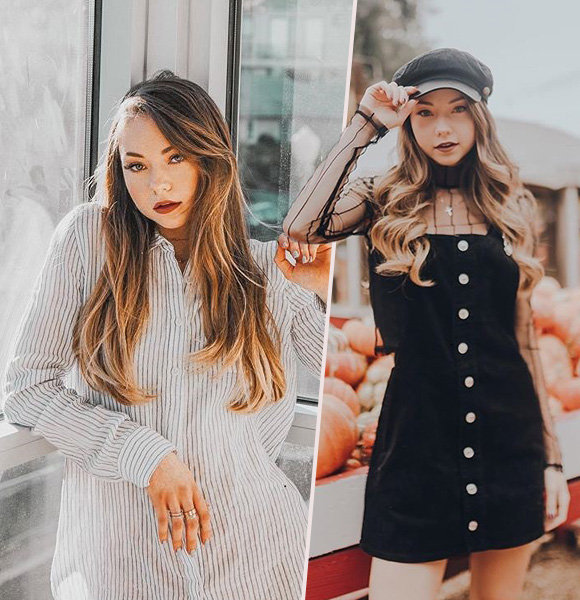 YouTuber Meredith Foster is well known for her popular self-titled YouTube channel titled VlogsbyMeredith. Her primary channel has relished more than 4 million subscribers, whereas the second channel has more than 900K subscribers.

Following her success online, the social media icon went onto pursue a career in acting as well. To date, she has made appearances in TV series such as Bizaardvark (2016), Nerdy Nummies (2017), and Love Daily (2018).

Meredith Foster's dating status remains a mystery for now. However, she was explicit about her singlehood until March 2019. On 13th March that year, the YouTuber even shared about her unwillingness to settle sooner.

She also disclosed that she was waiting for the right person to be her boyfriend.

Who Is Kevin McHale Boyfriend?:- Dating Status Of The Glee Cast Member

Interestingly, the internet icon has remained single for quite a long time. The vlogger even cited her single status back in 2016 through Twitter and expressed that she loved single life "99.5%" of the time.

In 2017, bloggers Sierra Furtado and Teala Dunn claimed Meredith of having an eating disorder.

The accusation came after the social media star went through a vigorous exercise regime to lose weight in 2016 and made it public through her YouTube videos. Meredith Foster before and after her weight loss in 2016 (Photo: dailymail.co.uk)

In July of that year, she denied suffering from anorexia. However, in 2018, she opened up about her struggle with body dysmorphia through a "before and after" picture on Instagram. Alongside the picture, she wrote,

I used to have so many negative thoughts about my body. I never felt good enough even though I was. Even though I had achieved a goal of becoming fit I still did not accept or love myself fully.

Meredith was born to Steve Foster and Laura Foster. She grew up alongside her two siblings, Michael Foster, and Elizabeth Foster. Elizabeth is the YouTuber's older sister, whereas Michael is her twin brother. Her siblings have also made recurring appearances in her YouTube channel through her whisper challenge videos.