By LRU Writer | On: September 19, 2019
Meta Golding represents a blend of cultures from all around the world with her acting as she has spent most of her childhood growing up in countries like...quickly moved to Italy where she spent most of her...was forced to quit her dreams after a life-threating...resides in Los Angeles and continues to lend her hand in... 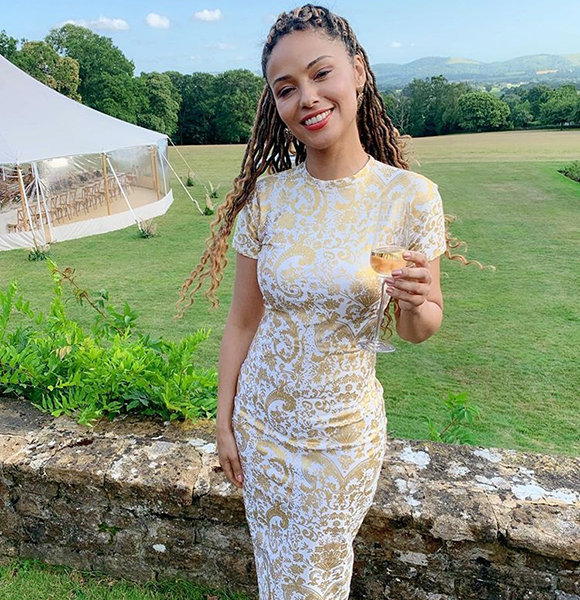 Meta Golding represents a blend of cultures from all around the world. Arts across the globe heavily influence her acting prowess as she spent most of her childhood growing up in countries like India, Haiti, Italy, Senegal, and France.

Due to her cultural versatility, the Criminal Minds actress fits perfectly in any role - which she is assigned to perform. Gaining her theatre break in 2013, Meta has registered 56 acting credits to her acting resume already.

Now, she is seeking more challenging roles that can bring out the hidden talent in Meta.

Dating Boyfriend Or Married To Husband?

Growing up, it was hard for Meta Golding as she moved to different places repeatedly. It was only after her graduation; she permanently settled in Los Angeles.

Born in India at her father’s health camp, she quickly moved to Italy and spent most of her childhood. During her time in Italy, Meta passed the whole day skating. Even at the age of sixteen, the teenager was so focused on the sport that she didn't have a boyfriend.

Then, pursuing her studies and career in skating, she shifted to various places which further diminished her chances of dating a boyfriend. Now, at the age of 47, the actress is not married and has no plans to settle down with a husband. However, her fans are eager to see Meta spark some romantic chemistry with the man of her dreams.

Meta Golding has amassed a decent net worth for herself. But, her contributions to the entertainment circuit can't be evaluated in numbers.

Starting as a professional skater back in her younger days, the Lulu actress was forced to quit her dreams after a life-threating injury. Soon she opted to try acting in the Italian theatre and earned a degree in Theatre Arts and International Relations from Cornell University. First landing minor roles in series like Loving and Conversations, the emerging actress later showcased her full potential in the big screen.

Meta Golding is the daughter of a Haitian mother and an American father - who met in Haiti.

Possessing an Afro-American ethnicity from her parents, Meta's height extends to 5 feet 5 inches (1.65m). Further, she has attractive body measurements of 35-25-37 inches.

Even though her parents married in Haiti, the Hunger Games actress was born in India and raised in Italy.

Growing up, the 47-year-old traveled to places like France, Senegal, which made her fluent in speaking English, Italian and French. As of now, she resides in Los Angeles. Active in acting, Meta continues to lend her hand in TV shows and series all over the world.