By LRU Writer | On: November 13, 2019
Taj Gibson has set his eyes on getting married...site has listed Tenille Melissa as his ex-girlfriend...at a working-class job and his parents raised him under strict...Trojans college until his basketball career took... 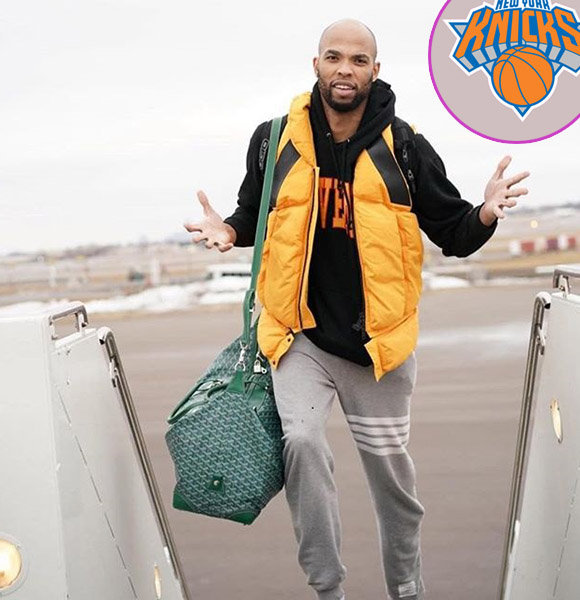 Professional basketball player Taj Gibson has made a well-known name and wealth for himself in NBA. It became all evident with the $28 million worth contract he was able to secure in 2017 with Minnesota Timberwolves.

With his privileged position, the current New York Knicks power forward has been active in the humanitarian and moral causes in the past. For instance, he donated $20,000 for the nine-year-old daughter of a Bed-Stuy woman who was shot to death in a July 2017 shoot-out.

Also, in 2014, he spent Christmas with a financially struggling family and their kids to provide them a memorable holiday.

But if viewers go through his early years, it becomes clear that his past in a way profoundly shaped his act of charity.

As per the official records, Taj's date of birth is 24th June 2019, whereas his birthplace is Brooklyn, New York. However, he later moved to California under the suggestion of his father, Wilbert Gibson, a former basketball player for the U.S. Army national team.

Served In U.S Army :- How Much Is Patrick Bet-David Net Worth? From Religion To Company Details & More

Likewise, his mother, Sharon Robinson Gibson, too, toiled at a working-class job, and his parents raised him under strict upbringing. As per him,

"If you didn't listen, you got your behind whupped because my mom and dad believed in the belt and the switch,''

Moreover, his parents had to change several jobs as they were fired continuously. As he results, his family grew up devoid of financial stability and in several instances, couldn't afford to spend vacations such as Christmas properly. In his own words, he recalls his grim childhood memories,

“I understood at a young age that Christmas was going to be difficult. My friends would be outside playing with their gifts and it was just another day for me. No gifts or anything. I’ll always remember that feeling and I would never wish that on anyone else. It was rough.”

So, he moved to Cali and studied at Stoneridge Preparatory School, away from the harmful influence in his hometown. Standing 6 feet & 9 inches (i.e., 2.06 meters), he started working at few jobs, including carpentry, while studying at Southern California Trojans college until his basketball career took off. Talking about his siblings, he has an older sister named Jasu Robinson-Okai and brother Greg “Y.G.” Gibson.

Taj's whereabouts on his personal life are quite a confusing one as there remains a lot of uncertainty about his love affairs. When viewers go across various sites, they'll come up with various unverified sources claiming his partner to be a girl named Michelle Williams.

But in reality, the player hasn't yet confirmed these reports.

As per famousbirthdays.com, the site has listed Tenille Melissa as his ex-girlfriend. Moreover, he shares a daughter with her whose name hasn't yet been disclosed. But, also, the probability remains to some degree that these reports are false as he hasn't again mentioned anything about his children.

However, many years have gone by since he made this statement, and until he confirms any rumors, no one can dive into any conclusion. Also, there are chances that, for now, he has set his eyes on getting married someday soon.