Michael Campion Girlfriend: Who Is He Dating At Age 16? Family Talks

By LRU Writer | On: December 05, 2018
Michael Campion is a young actor most famous for his role of...Achieving stardom at an early age, Micahel is rumored to be dating his rumored girlfriend...Besides that, Michael focuses all his attention towards... 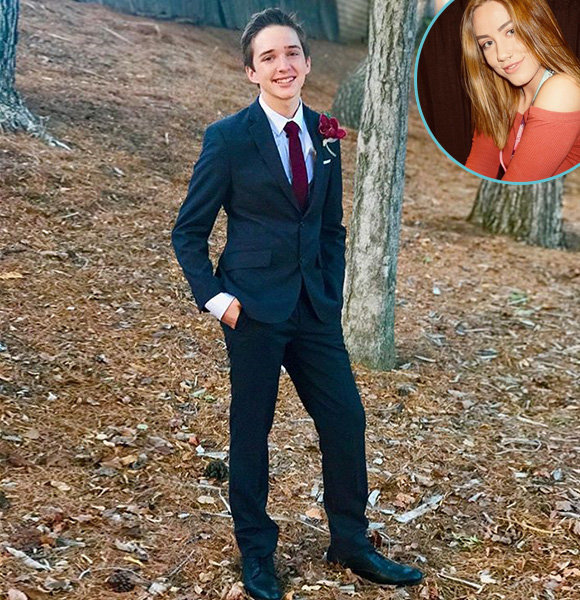 A well-renowned celebrity as he still discovers life as a teenager, Michael Campion is a face of Hollywood's modern-day talents, who sprouted at a young age.

However, with fame already his friend, Michael already seems to be loaded on the baggage that comes along with the celebrity status.

With constant love affair rumors and romantic linkups surrounding the actor, Michael has been strongly suggested to be dating a girl or at least that's what his social media is pointing to.

However, are these just rumors or is there a spark of truth hidden behind?

While his dating status is yet to be revealed, the Fuller House star has thus set his sight on something big!

A young age of 16 has had no effects on Michael’s dating life. Still, in his early days of experiencing stardom, the actor has already been linked with a few names in his relatively young career including the likes of an aspiring singer, Elizabeth Mendoza.

Michael has been rumored to be dating a fellow 16-year-old aspiring singer Elizabeth.

Though not yet in the limelight, Elizabeth has gained huge popularity after rumors circulated about his hook up with the Fuller House star, which has thus seen her gain more than 20,000 followers in her Instagram account. Though no sort of official confirmation has yet been done by both Michael and Elizabeth, the Christmas Trade actor’s Instagram account speaks for itself. Michael was seen posing with his rumored girlfriend and uploaded the picture on his Instagram account with a love emoji in the caption.

Besides Liz, Michael has also been rumored to be dating his on-screen love interest, Ashley Liao. With a birthday wishes to Ashley on his Instagram, Michael himself has added fuel to the speculation.

Get To Know: Is Juan Pablo Di Pace Gay Or Just Keeps Personal Life Low-Key? Either Way He Sure Is A Man You'll Want to Get Married To However, the duo seems to be just good friends off screen, and Michael’s sole focus seems to be towards Elizabeth. Though the when and how of the relationship between the two 16-year-old have not yet been revealed, it is believed that they started dating each other somewhere around 2017.

Michael, though television's favorite boy due to his performance in Fuller House has always remained grounded and has not yet forgotten his family roots. The Robo Dog: Airborne star remains ever so thankful towards his parents and siblings for their contribution in his blossoming career.

Always active on his Instagram account, Michael has thus highlighted his admiration towards his parents through some emotional posts. The actor expressed his gratitude towards her mother through a sweet caption on the occasion of Mother’s day on 14 May 2018.

“HAPPY MOTHERS DAY @sheila_campion !! Literally #bestmomever I love you so much, mom! I hope I made your mother's day extra special.”

Michael also did not miss out the opportunity to wish his father on father’s day either. This time, the caption was even more heart touching. With Michael all set to reappear as Jackson Fuller when Fuller House comes back for its fourth season on 14 December 2018, the actor has busy days ahead. However, dedicated to making a name for himself, it seems to be just the beginning of an illustrious career up ahead.