By LRU Writer | On: November 15, 2019
Michael Porter Jr. is a basketball player playing for the Denver Nuggets...was drafted in 2018...was once connected to two women at the same time...was seen in public with Madison Pettis...not clear if they broke up or not...then started dating Izzy Morris...related to Tiffany Chantharangma at the same time...is nor with Tiffany as of...one of the many siblings from his parents...has a height of...went to high school in his hometown, and went to college at Missouri... 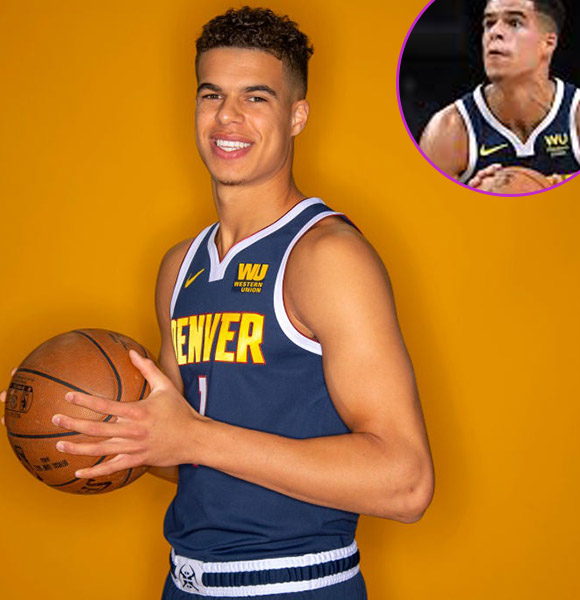 Michael Porter Junior is one of the hottest prospects in the NBA top flight right now. Selected in the 2018 NBA Draft by the Denver Nuggets, he is one up-and-coming young player to keep an eye out for.

Coming out of the University of Missouri, he has had a quick journey to the top of the basketball world. And along with his fast rise in basketball career, his off-court life also has picked up the pace.

As is the case with most up-and-coming players in the NBA, Michael, too, has been involved in many relationship-like connections. The NBA star has been linked with two women at the same time, with reports claiming that both of them are his girlfriends.

But before Michael’s two-women saga, he was with a woman named Madison Pettis. She is an actor who gained popularity after her work in the 2007 movie The Game Plan alongside Dwyane “The Rock” Johnson. As for the start of their relationship, Michael and Madison met through Instagram. The couple were going out back in 2017, and even made their public appearance at the 2017 Radio Disney Music Awards red carpet.

It is not clear whether the couple has broken up or are still dating. There has been no confirmation or denial about the break-up speculations from either side.

Now let's talk about Madison's two-women saga. November 2018 brought Michael and Izzy Morris’s relationship to the spotlight. Michael and LiAngelo Ball’s ex-girlfriend were said to be dating after the silence about Michael and Madison’s fling.

However, in December 2018, another woman’s name popped up concerning Michael. Tiffany Chantharangma, an Instagram model, was linked to Michael and even said to be his girlfriend.

You May Also Like:- Jesy Nelson Boyfriend, Dating, Parents, Ethnicity

Even some speculations surfaced that she was desperately trying to make Michael claim her as his girlfriend. This brought things to a conclusion that Michael was involved with two women - Izzy and Tiffany - at the same time.

But, the apparent saga came to an end in May 2019 as Tiffany herself confirmed her relationship with Michael. She took to her Instagram to confirm the speculations about her and the NBA star and cast aside Izzy's rumors.

As of November 2019, Michael is reportedly dating Tiffany Chantharangma, however, there are no pictures of them together. But it won’t be surprising at all if someone else’s name pops up in this on-going saga of Michael’s dating life.

Michael was born to parents Michael Porter Senior and Lisa Becker on 29th June 1998. And his basketball prowess does not come as a surprise considering both his parents were involved in professional basketball during their youth.

Michael Porter Senior, his father, is currently working as a technical staff in Missouri’s men’s basketball team. He coached his son when he was studying at the University of Missouri.

Similarly, Michael’s mother, too, has deep roots in basketball. She was a player of great prowess and played for the University of Iowa, as well as professionally in France.

Moving on to Michael’s long family line, it is not known how many siblings he has. But the names of his known siblings are - Jontay, Cobin, Bri, Jayda, Isaak, Lisa, Jevon, and Cierra, and all of them are involved in basketball at some level.

Growing up in Missouri, Michael attended Father Augustine Tolton Regional Catholic High School in Columbia, Missouri. After passing high school, he went to college at the University of Missouri and played for Missouri Tigers men’s basketball team for one season (2017-18).

Declaring for 2018 NBA Draft after one year at Missouri, the 21-year-old youngster was picked by the Denver Nuggets and signed a multi-year contract with them on 3rd July 2018.

Michael's full name is Michael Lamar Porter Junior, and he stands at 6 feet 10 inches or 2.08 meters and weighs around 201 lbs.