By LRU Writer | On: August 30, 2019
Michele Weaver...Born under the...Daughter of father and mother... her personal life remains an enigma of sorts, Michele's professional life remains an open book... same nationality and ethnicity is... no doubt, according to Instagram post from her... her career is set to achieve new heights with the... 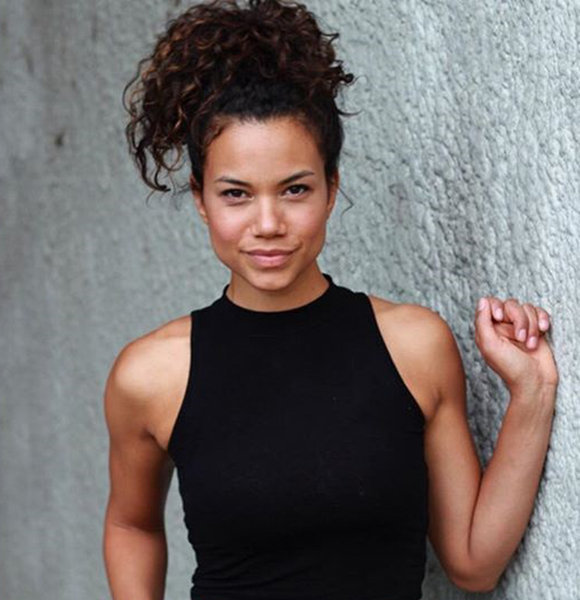 A multitalented actress & TV personality, Michele Weaver, is skilled in all four categories of the entertainment industry. With multiple performances in the field of theater, commercials, film, and television, Michele sets a high note for young artists and enthusiasts everywhere.

She first grabbed the spotlight through the short film Daughters of Eve and musical, Diana Leigh. In subsequent years, the actress has worked on over several movies, TV shows, and commercials through which she is rising as a talented actress.

The question has had the same answer over the past few years. The actress remains unmarried as of 2019 and has shared much on a boyfriend.

It may come as a surprise, but to date, there have been no sightings of a possible relationship. So, the prospect of getting married stays as far away as possible. It seems Michele is keen on keeping her personal affairs as low-key as possible.

Apart from a few onscreen romance with fellow actor William Catlett in the TV show Love Is, Michele has yet to appear in the arms of another handsome hunk.

The reason for the lack of a husband or boyfriend in her life is supposedly her work schedule, which keeps the actress busy round the year.

But, whatever the case may be, it is evident that without a boyfriend in her life, Michele doesn't have plans to get married anytime soon.

Born under the sign of Pisces, the actress's full name is Michele Bernie Weaver. A native of Denver, Colorado, she celebrates her birthday every year on 19 March.

Daughter of parents Steve and Nicole Weaver, Michele boasts a mixed ancestry. While her mother is of African-American heritage, her father possesses Caucasian ethnicity.

An American by nationality, Michele is siblings with brother Luuk Weaver, who is younger in age than her. Luuk is a professional photographer and often takes snapshots of his sister.

Details On Net Worth

Recieving grand success through the first season of the hit series Love Is, Michele's loved and adored character Nuri is ready to appear on screen again. A true love story based on showrunners Mara Brock Akil and her husband Salim Akil, the show was renewed for a second season in January 2019.

Though her career is set to achieve new heights with the projects including Portals, Dance In Flight, Council of Dads, an exact measure of her net worth is unknown.