By LRU Writer | On: February 07, 2019
Remember Lucilla, the ambitious daughter of emperor Marcus Aurelius, from the 2000 Oscar-winning movie, Gladiator...The actress who brought life to the character, Connie Nielsen had her career breakthrough from the film and went on to perform more sophisticated roles in the years that followed... 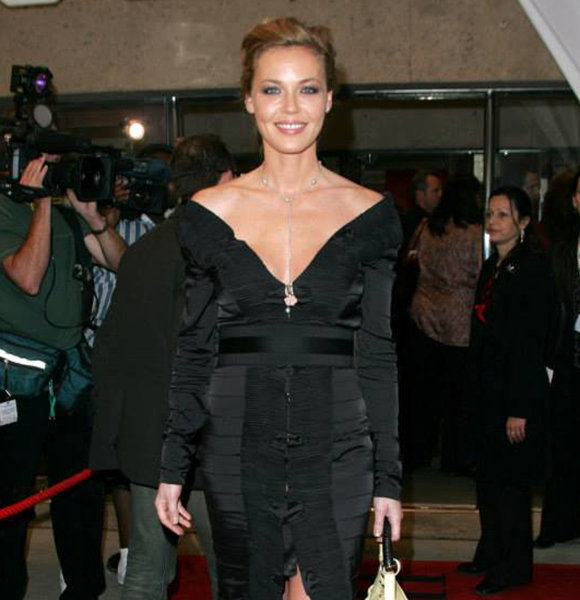 Danish actress, Connie Nielsen, who brought life to the character had her career breakthrough from the film. She even went on to perform more sophisticated roles in the years that followed.

Now, the Denmark native is a Hollywood star, but her acting career isn't the only thing everyone is talking about. Also known for relationships with multiple celebrity boyfriends, Connie has shared children with two of them, and she doesn't regret doing so!

Connie's dating life can be traced back to Italy when she was in a relationship with Italian actor, Fabio Sartor. Back when the Wonder Woman actress was living in Italy in the 1980s, the couple developed a liking for each other and commenced a romance which would eventually result in the duo having a child together.

Connie, age 53 as of January 2019, gave birth to a son named Sebastian Sartor in 1989. However, Connie and Fabio's relationship didn't last long as the actress moved to the states and her then-boyfriend stayed in the land of pasta. Despite their separation, the pair remained good friends & co-parents their child and Fabio often travels to the US to spend quality time with him. Connie Nielsen with son Sebastian Sartor at the premiere of I Am the Night in January 2019 (Photo: Connie Nielsen's Instagram)

A few years after moving to America, Connie - who currently proclaims a net worth of $8 million - began dating the frontrunner of the rock band Fun Lovin' Criminals, Huey Morgan. Unfortunately, the relationship wasn't serious, and the duo parted ways after less than a year of their romance.

For You:- What Is Steffiana de la Cruz Nationality & Ethnicity? Bio & Children Info

The following year in 2004, she was linked to A Beautiful Mind actor, Josh Lucas. During their brief time as a couple, they rarely made public appearances and often kept their affair hidden from the media.

Connie's most long-lasting relationship was with Metallica drummer, Lars Ulrich, whom she started dating in July 2004. After over two years of dating, she became pregnant with her second child and gave birth to a healthy baby boy named Bryce Thadeus Ulrich-Nielsen in May 2007.

The couple dated nearly five years after welcoming their kid; however, the inevitable soon followed causing the pair to split in August 2012. As of 2019, Connie - who possesses a height of 5 feet and 10 inches (1.78 m) - is reportedly single and unmarried as she has not found a suitable man to be her husband. Further, she is spending much of her free time with her children and is still raising her second son, Bryce.

Despite her busy schedule, Connie somehow manages to have quality time with her offspring. She even dedicated the 2018 Valentine's Day to her children.