By LRU Writer | On: April 21, 2019
Singer Michelle Branch became a married woman on 20th April 2019...She and her musician fiance, Patrick Carney tied the knot at the gorgeous Marigny Opera House located in New Orleans...The wedding is the same venue as the once used by Solange and her husband Alan Ferguson for their nuptial five years ago... 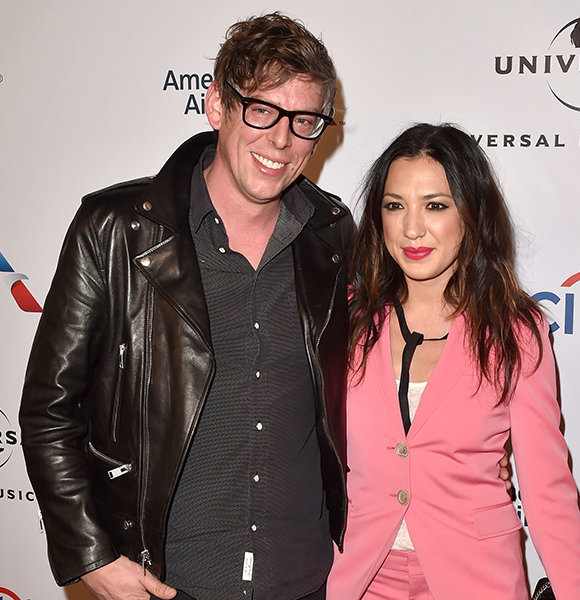 Singer Michelle Branch became a married woman on 20th April 2019. She and her musician fiance, Patrick Carney tied the knot at the gorgeous Marigny Opera House located in New Orleans.

The wedding venue is the same as the one used by Solange and her husband Alan Ferguson for their nuptial five years ago. It was Michelle, who confirmed the marriage by sharing the snapshot of the notification about the wedding on Instagram. Celebrity chef, Andrew Zimmern and her friend Anda shared photos as well as videos from the event.

The news comes two years after All You Wanted songstress' engagement to her now-husband, Patrick.

Patrick, the one-half of the rock outfit The Black Keys, popped the big question on Michelle's 34th birthday on 3rd July 2019. The birthday girl later took to Instagram to deliver the news by sharing an image of the engagement ring.

The married duo grew closer around 2015 when they first started working on Michelle's 2017 album Hopeless Romantic. While working together, the musicians fell for each other.

Confirming the dating rumors in 2017 interview, Michelle described the recording process and shared that she and her husband “started realizing that we were completely falling in love."

Back in February 2018, the Everywhere singer announced that she and then-fiance Patrick were expecting their first baby.

The expecting parents, however, are yet to provide an update on their first child. Placing two and two together, it wouldn't be a far-fetched idea to believe that the duo has already welcomed their yet-to-be-named baby.

The wedding marked Michelle's second marriage. She and ex-husband Teddy Landau were once a married item. Married for almost 11 years, the former life partners finalized their divorce in November 2015. They share a 13-year-old daughter named Owen Isabelle Landau.

Meanwhile, the ceremony in New Orleans was the third time that her husband, Patrick walked down the aisle.

Her biological father David was of Irish heritage while her mother Peggy is of Indo-Dutch and French descent. A middle child, Michelle has an older brother named David and a younger sister named Nicole.

At age eight, she enrolled at the Northern Arizona University for vocal lessons.

Signing with Maverick Records in 2001, Michelle released her debut album The Spirit Room and later, the sophomore LP Hotel Paper. Between 2005 and 2007, she teamed with musician Jessica Harp to form the Country group The Wreckers.

Now age 35, the Leave The Pieces hitmaker won her first Grammy with Santana for their collaborative effort entitled The Game of Love.