By LRU Writer | On: March 12, 2019
Professional golfer Michelle Wie is one of the few ladies who has made a remarkable impact in golf. Starting at a young age, she has created an identity as an accomplished sportsperson. Although she has conquered the sport and enjoys a successful career, it seems like Michelle doesn't have much luck when it comes to her dating life. Michelle's personal life has been surrounded by rumors, and even though one of them turned to be true, there are still doubts about the rest of her relationships. 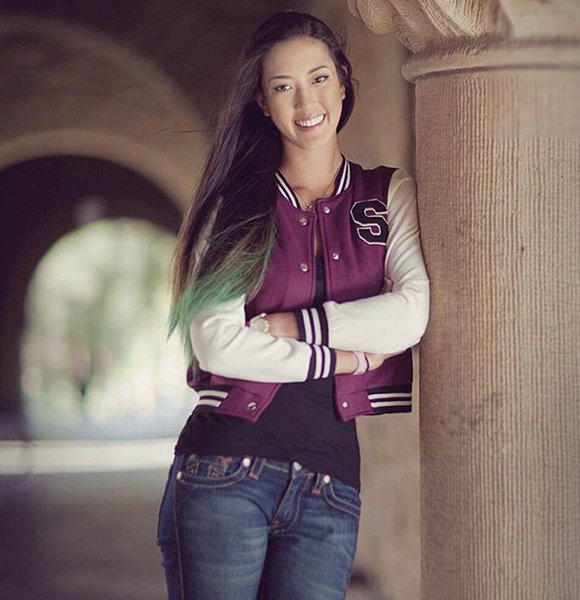 Professional golfer Michelle Wie is one of the few ladies, who has made a remarkable impact on golf. Starting at a young age, she has created an identity as an accomplished sportsperson.

Although she has conquered the sport and enjoys a successful career, it seems like Michelle doesn't have much luck when it comes to her dating life. Michelle's personal life has been surrounded by rumors, and even though one of them turned to be true, there are still doubts about the rest of her relationships.

Michelle was supposedly dating 7 feet tall former basketball player, Robin Lopez back in 2008. The news surfaced in the media after Sports Illustrated revealed the story of the two sportspersons being involved in a romantic relationship. Michelle, who was 18 at the time when the speculations surfaced, has never affirmed to the affair.

Nearly eight years after the incident, Michelle's name got linked to another basketball star, Adam Zahn. The rumors started in July 2016 when the 29-year-old professional golfer shared a picture of the two hanging out together.

Fans took the photo as Michelle's announcement of her romance with Adam. Golf Spelled Backwards magazine revealed that the two were indeed dating for more than two years. The blog further mentioned that the relationship was confirmed by Adam's mother in October 2014 citing a comment posted by her in a friend's blog.

"Adam our middle is dating Michelle Wie – the golfer ... she will be joining us for Christmas this year!"

However, sometime after Michelle and Adam's portrait surfaced in the media, the couple supposedly broke up, and she even deleted the earlier shared picture.

Later, Michelle was linked to another affair and this time with ex-boyfriend Robin's brother, Brook Lopez. Even though, neither Michelle nor Brook has commented on their alleged romance; fans speculate that the pair might soon get married and start a family as husband and wife.

Finally Engaged: Soon To Get Married?

Michelle, who insists on keeping her personal life low-key, is rarely seen talking about her dating profile. Most of her alleged boyfriends might supposedly be the paparazzi spreading false rumors. And, also those blogs are not entirely authentic. So, if there is one person who can confirm her dating life, is Michelle herself.

Well, Michelle has found the one as clearly past her low-key relationships day, she gave a subtle hint about her romance in January 2019. Posting a cute selfie with her beau, she looked perfect with him. The man, who managed to snag the golfer pro’s heart is Jonnie West, an executive of Golden State Warrior. He is the son of NBA legend, Jerry West. Michelle’s boo sure knows a thing or two about golf also as he is a regular golf partner of NBA star Steph Curry.

Although a new romance, the pair seemed very much in love. Taking their love affair to another level the lovely couple- Michelle and Jonnie- announced their engagement on 11th March 2019 via Michelle’s Instagram. Traditionally, Jonnie went down on one knee and asked the LPGA star to be his wife; and to his joy, she said yes.

As the professional golfer, Laura Baugh previously revealed that there were a few gay women in golf without mentioning any name; however, Michelle might not fall into the category of gay as she has reportedly dated a couple of men and finally got engaged to one.

Career And Net Worth; Earnings

Michelle, who learned golf at the age of four, has never had to think of an alternate career since her early age. She took part in a USGA tournament at the age of 10 and became the youngest woman to play against men in a PGA Tour event when she was just fourteen years old. The daughter of South Korean natives, Michelle won her first LPGA win in 2010 and became victorious at the 2014 U.S. Women's Open, which was her first major tournament win.

Michelle, who is often prone to injuries, missed the Women's British Open 2018. She revealed her wrist injury as the reason for her withdrawal from the tournament. Michelle issued a statement where she mentioned that she needed to take some time off to nurture her health and recover her fitness.

"I have been doing everything humanly possible (besides giving it proper rest) this past couple of weeks to get my hand healthy enough to play this event, but unfortunately, it wasn’t enough."

The 1.85 meters tall golfer expressed that she will soon be making her comeback and will not disappoint her fans. Before she announced her withdrawal from the ongoing tournament, Michelle was at the bottom of the leaderboard below seven other participants.

You May Like:- Jordan Spieth's High School Girlfriend & Wife To Be, Fascinating Love & Dating Affair

Michelle is having a tough time this year because of her health and poor performance. She also couldn't perform well when she played in Scotland in 2018. After going for a surgery to deal with her wrist injury in February 2019, she plans to bounce back and defend her HSBC Women’s World Championship title.