By LRU Writer | On: November 17, 2019
Mikal Bridges reached 2018 with the best possible start as he was picked tenth overall by the Philadelphia 76ers to play in...was also a student in the same college and part of the women’s lacrosse team...she did not even ask the coach about his performance as it would go on as speaking on behalf of her... 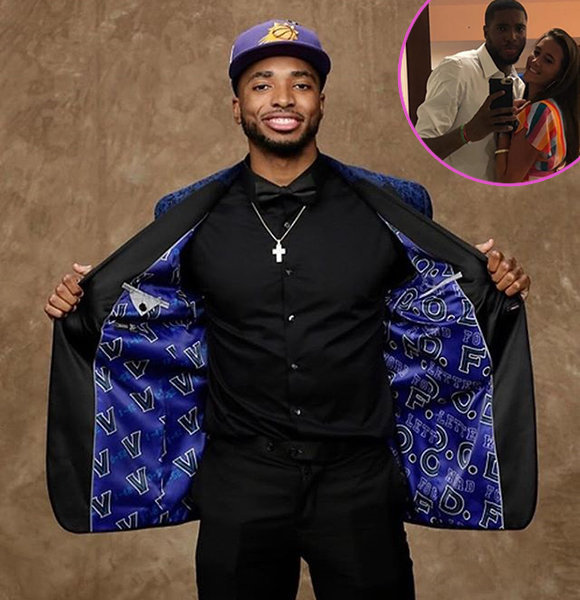 Mikal Bridges reached 2018 with the best possible start as he was picked tenth overall by the Philadelphia 76ers to play in the NBA.

The Villanova Wildcats forward was the standout player of his team in the college competition, which provided him that extra edge to get selected ahead of the rest of the bunch.

However, he did not feature in a single game for them as he was traded off to play for the Pheonix Suns in the same year.

Basketball gave everything for Mikal Bridges, including the love of his life. The Villanova college star met his girlfriend Grainger Rosati while playing for his college and has been dating her ever since.

Grainger was also a student in the same college and part of the women’s lacrosse team there. In January 2019, the couple celebrated their first anniversary together and are still going secure with their relationship. Similarly, Mikal and Grainger are often seen together in significant events, clicking pictures, and posting them on social media. It seems their love for each other is growing intense with each passing day.

Mikal's father, Jack, had parted ways with his mother but never abandoned his kids when they missed their father. Especially for Mikal, his father had a huge role to play moving into basketball.

One For The Future:- Josh Jackson Girlfriend, Family, College, Hair

The father-son duo would often be together to watch basketball games. Further, Jack even took Mikal to play with the bigger guys so that he could improve quickly. Though the young player did not participate in competitive tournaments at a young age, he was prolific in his school days.

He averaged 18.5 points with 7.2 rebounds playing for Great Valley High School. Then, he went onto play NCAA Championship with Villanova Wildcats for two years, where he shared the Big East Defensive Player of the Year award in 2017.

During his time in the NCAA, Mikal's mother was the vice president of human resources in Harris Blitzer Sports. She was in charge of hiring new recruitments for the 76ers.

When Mikal auditioned for the 76ers, she did not even ask the coach about his performance as it would raise questions on Tyneeha's judgment.

However, the 6 feet 6 inch (2.011 m) guard was picked in the squad but immediately traded to Pheonix Suns. As of 2019, the 23-year-old Rookie is just playing his second season in the NBA. But, in the coming days, he is sure to put out big performances in the competition.