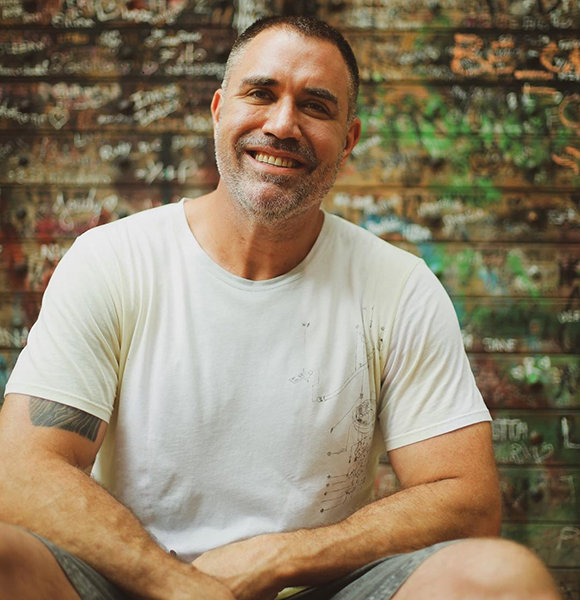 A professional companion, coach, and guide to addicts, Mike Bayer is truly an inspirational individual.

Let's learn how Mike has been a role model for anyone who wants help with the problem of addiction and also a titbit about his personal life with his wife.

Who Is Mike Bayer's Wife?

Working and helping all year round, it seems the coach has no room for a relationship, girlfriend, or wife. Mike remains single and unmarried to date.

Being a famous figure Mike's life has not always been away from the media's limelight as this can be one of the reasons why the coach remains hush about his suspected married life along with his wife.

With his celebrity clients, Mike's life has also come under many inspections and it is uncertain if the coach actually does not have a wife. He may have a whole family with wife and children and we may not even have a hint about it.

Well, we do know one thing for sure, single or not, he sure is living a happy life with his fur babies. Apart from the coach's mysterious and private personal life, he is known for having high-profile celebrity clients.

Among his many celebrity clients, he is famous for his professional relationship with Demi Lovato. The sober coach and Demi first met back in 2010. Over the years, Mike became her go-to guy as she struggled with addiction. Mike Bayer and Demi Lovato together in September 2017 (Photo: heavy.com)

However, in 2018, after a fallout, the singer fired him as her life coach. After the end of their association, Demi nearly died due to a drug overdose in July 2018. As of 2019, she is again dealing with her addiction.

Undergoing the pain and conflict of a methamphetamine addiction at the young age of 20, sober coach Mike Bayer is a living example of how dependencies on drugs can be taken under control.

Born on 19 September 1979 to mother Katie Bayer, Mike is an American by nationality. His family consists of an unnamed supportive father and older brother, David Bayer.

Single And Yet To Marry:- Blanco Brown Bio, Age, Net Worth, Married

With a rough and addictive youth, his early life was immensely struggling. While receiving his higher education at Fordham University, he slowly began indulging himself in bad habits. Mike slowly transitioned from a pre-determined recruit for the basketball team to a drug user.

According to Mike, the crystal meth consumption even convinced him to be possessed by the devil. One morning he became disappointed by the face he saw in the mirror. After a dreadful realization of his issue, he decided to get help.

With the support of his family and friends, Mike turned over a new leaf. He successfully transitioned from an addict to a certified alcohol-drug abuse counselor and life coach.

Coach Mike Bayer is the CEO and co-founder of Cast Centers - a rehab facility established more than a decade ago. The organization's primary goal is to focus on the treatment of mental health and addiction issues.

Mike has helped and served many people to overcome the trenches of addiction. As a former addict, Mike has also written a book on the topic. The book, Titled Best Self is a detailed guideline on how to overcome the addiction issue.

Also Struggled Through Addiction:- Steve Hartman Owes One to Family! Wife Helped Realize and Get Rid of His Addiction

With the fantastic job Mike has done over the years, he earns an average salary of $34,000. But, with a list of celebrity clients and rehab facilities to his name, he must have a decent net worth, although confined.