Mike Brewer's Life with His Wife & Daughter Is a Bliss! 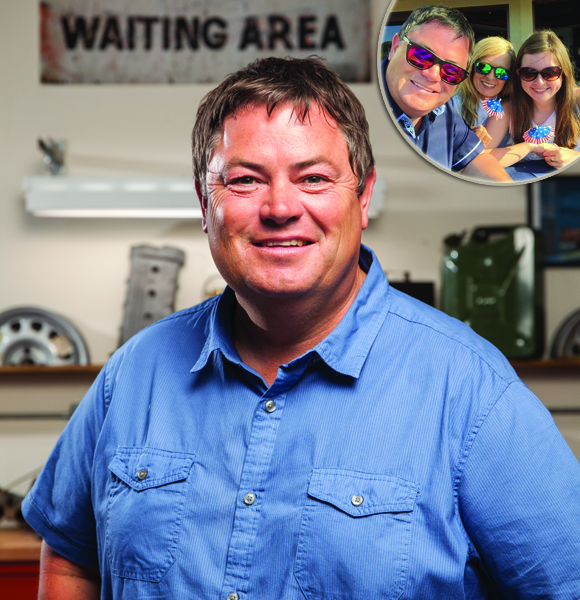 Often people find it difficult to balance their professional and personal life. However, this is not the case for English car trader/presenter Mike Brewer, who has a perfect balance between his career and family life.

No wonder he enjoys a blissful life with his lovely wife and daughter.

Mike Brewer has been married to his wife, Michelle Brewer, a lawyer, since 1992. They have been married for three-decade, proving those people wrong who think that love between two people fades away with time.

Despite his long-running marriage, the TV presenter never fails to show affection to his beloved wife through his socials.

Mike and his wife look happier than ever. (Photo: Instagram)

The couple has a daughter named Chloe Brewer, whose arrival completed their loving family. As children always bring their parents closer, Chloe has been a pivotal bond in the Brewer family.

Since Chloe is the only child, she gets along well with her parents. But she is especially close with her father. The daddy-daughter duo has been something far from ordinary. Mike and his daughter are often seen having a fun time together.

Mike is a proud father. Chloe is a creative communicator and freelance photographer with a Bachelor of Arts in Fashion Communication and Promotion.

Although Mike was majorly occupied with his career, he cared for his family and tried his best to manage his time. Mike spends time with his wife and daughter. (Photo: Instagram)

Surely the man, who enjoys this sort of family life with his wife and kid, could not be gay, could he? However, he was speculated of being gay, but his family life surely clarifies he is not gay.

Mike, who stands at the height of 6ft, prioritizes his family and career equally.

Mike was born on August 28, 1964, to Roger Wilks and Doreen Fitzgerald in Lambeth, London.

Mike's passion for cars is because of his father, Roger, who formerly owned a Ford Popular named 'Mr. Popstar' and was actively involved in car customization.

His passion for motors has led him to get several advanced licenses that permit him to participate in world speed competitions.

Mike is one of Britain's successful car dealers who also co-hosts the 'Wheeler Dealers' with Marc (or Elvis) Priestley on the Discovery Channel. Besides being a presenter of motoring television programs, Mike launched Mike Brewer Motors in 2012, continuing his involvement in the automobile sector.

Additionally, he established the UK's only annual awards program for used car sellers.

You May Like: Jay Leno Shares Secret To Happy Married Life With Wife; Has Cars Instead Of Kids

He also received the 'Best In Vision Personality' in the Royal Television Society Midland Centre award in 2004.

It is believed that Mike has amassed substantial net worth and fame from his career. According to Celebrity Net Worth, he has a net worth of $1.5 million.

Stay tuned to get more updates on Mike Brewer.