By LRU Writer | On: July 17, 2019
Miko Hughes is an American...he started acting at the very early age of...starred alongside Dan Haggerty, Jay Tavare, Danny DeVito...was in a relationship back in 2012 with... 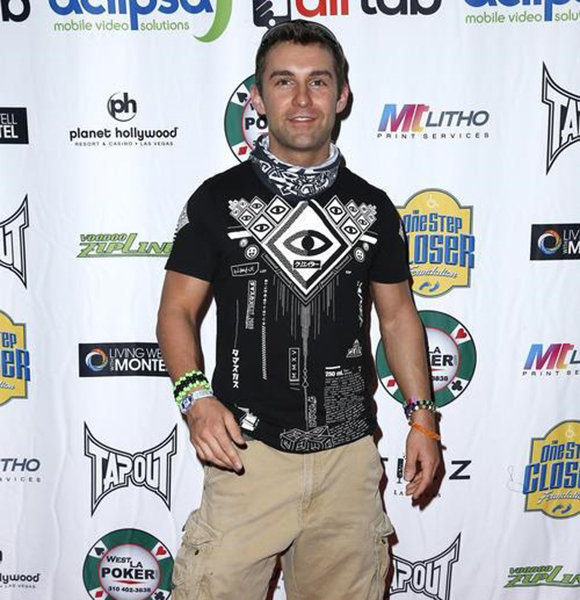 Started almost 30 years ago as a child actor, Miko Hughes has managed to keep himself relevant throughout the years. The actor is perhaps best known for his dramatic portrayal in the 1998 box office hit, Mercury Rising.

Working in the industry since he was just a baby, the actor is now set to appear in movies including William Froste and A City of Shoulders and Noses.

Miko Hughes was born in the land of Hollywood, in Apple Valley, California in 1986. Aged 33, he celebrates his birthday on the 22nd of February.

The actor grew up in the household of special effects technician John Hughes and Mary. As per other members of his family, he has three siblings: a sister named Molly and two brothers called Mike and Mitch.

Career: Then And Now

Miko started his career in the entertainment industry very early in his life. He was just 22 months old when he appeared in a public service announcement. Soon, he became the most sought after child actor.

One of his notable roles was in 1993 with Danny DeVito in Jack, the Bear. Other movies include Spawn, Kindergarten Cop, and Zeus and Roxanne.

The actor has performed in numerous TV movies and series throughout his career. He played the recurring role of Aaron in ABC’s Full House from 1990 to 1995. He has also made appearances in Baywatch, Beverly Hills, 90210, Sister Kate, Melrose Place, Touched by an Angel, and The Nanny.

For voicing the character of Tommy in Life with Louie, the actor managed to bag an Emmy Award certificate. Miko has also lent his voice for the twin babies, Sly and Witt, in Baby Geniuses. Besides his acting career, the actor is also a talented singer. In 1995, he released two albums, first was self-titled, while the second one was named Halloween Haunts. He was just nine years old at the time of the recording.

Almost 30 years later, and the actor still manages to land roles left and right to this day. In 2019, he starred as Jeremy in The Untold Story. And, he already has more projects in the future lined up.

With most of his time spent in the showbiz industry, the actor has managed to accumulate impressive net worth. Although the exact amount is not known, he must be paid handsomely for his time, more than the industry average of $59K.

While Miko has had significant success in his professional life, the same cannot be said for his love life. Back in 2012, he was in a relationship with a woman named Angel Lin. However, they are not together anymore as Angel is dating another man now.

While Miko’s youngest sibling, his sister is already married and has two children, he remains to tie the knot. It could be that the star has yet to climb to higher peaks in his career or he might just be keeping his relationship away from the public eyes.

Some reports even suggest that the actor is secretly gay, but the theory hasn't been proven yet.