By LRU Writer | On: August 22, 2019
Milo Gibson is the lead actor of the movie All the Devil's Men which wreaked havoc in the...amongst a very few people is lucky enough to cherish this moment with his long-time girlfriend... made their first red carpet appearance in Samuel Goldwyn Theater during the award ceremony of... enjoys an average salary for an actor of $49,924 and is likely to catch up to his parents huge net worth of more than... 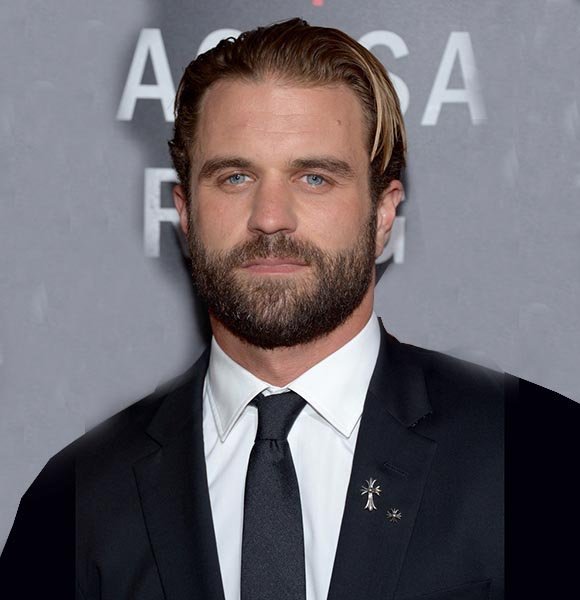 Inheriting the acting gene from his parents, Milo Gibson also emerged as a talented actor and even showed his acting prowess in the movie All the Devil's Men.

A former electrician by profession, the Hacksaw Ridge star had made a late entry into Hollywood. After his debut in 2016, Milo displayed tremendous growth and passion for the art, which propelled him in the industry rapidly.

Milo Gibson is on the verge of entering a new chapter in his life. He is fortunate to cherish the moment with his long-time girlfriend Lindsay Rose.

The celebrity couple first showed signs of dating with an Instagram post in 2016, which saw the two enjoying an outing with a mutual friend at Semler Winery. Three years down the line, Milo and Lindsay are still intact together with an ever-growing love for each other. More often than not, the two are seen spending time together. In October 2016, the lovable duo made their first red carpet appearance in Samuel Goldwyn Theater during the award ceremony of Milo's first movie Hacksaw Ridge. Looking at their admiration for one another and bond they share, Milo and Lindsay might soon become husband and wife.

Acting ran through the bloodline of all his siblings, but his parents never forced their kids to get inclined in acting. While his older brother Louie Gibson and elder sister Hannah decided to follow the film line, the rest of the bunch including Milo drifted away from the camera.

But, like it was Milo's destiny to get back to acting. In 2016, the actor of height 5 feet 9 inches (1.75m) left his job as an electrician to involve full time in acting. Like his father and elder siblings, the Australian native is also looking to taste success during his tenure in acting.

After staying much of his teenage away from the camera, Milo slowly started gaining popularity in 2016 when he decided to take up acting as his full-time profession.

Making his debut in the Oscar-winning movie Hacksaw Ridge directed by his father, the emerging actor's performance was much appreciated by the audience. Riding the tide of success on to 2017, Milo not only looked like the younger version of his father, but he also started packing a punch in his acting.

Soon he started landing roles in movies like All the Devil's Men, Brother's Keeper, and Breaking & Exiting and cemented his spot in entertainment firm. As of now, he enjoys an average salary of $49,924 and is likely to catch up to his parents' colossal net worth of more than $400 million each.

2019 is also going to feature Milo's new movie The Outpost, which is poised to blow away his fans.