By LRU Writer | On: March 31, 2019
An uprising artist, Mini Thin has taken the musical community by storm with his catchy songs and growing fan base...An independent musician, he is famous for both his original compositions and remixing the old classics...While his popularity grows, there are still many aspects of Mini's life which his fans were unaware of, until now! 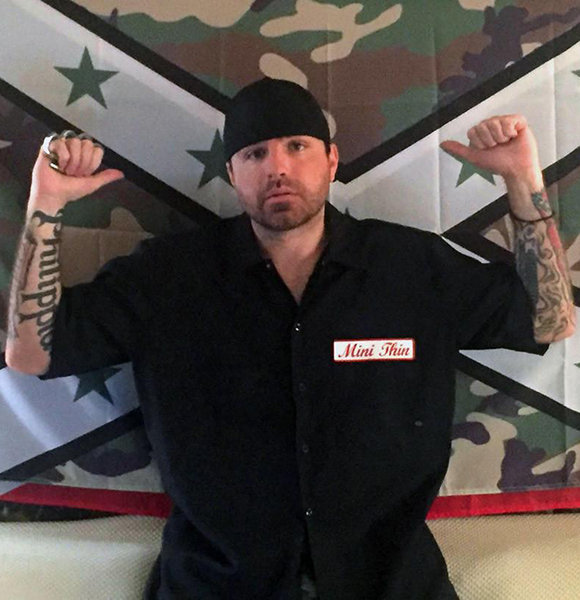 An uprising artist, Mini Thin took the musical community by storm with his catchy songs and growing fan base. An independent musician, he is famous for both his original compositions and remixed old classics.

While his popularity grows, there are still many aspects of Mini's life which his fans were unaware of, until now!

Mini Thin is a rap artist, who rose to fame performing in several rap battles. His real name is Malice. An American by nationality, Mini was born in Weirton, West Virginia. His birthday is on the 24th day of April.

Mini's wiki suggests that he released his first album in 2012 titled Mini Thin Hillbilly Bound & Down. It was a compilation of 21 songs including Boyz in the Hillz, Role Model Freestyle, Back 2 the Wall, and I Can Tell You.

Mini Thin later released his second album titled Hillbilly Hustle in 2013. The collection consisted of songs like Coal Miners Lullaby, Meth Labs & Moonshine, How Many Bars, Holler Holler, the remix version of Country Roads, and many more. Hillbilly Hustle became an instant hit all around the states as it was sold out within three days of its release.

Mini Thin is also active on the video sharing site, YouTube, from where he earns an annual salary ranging from $4.5 thousand to $72.6 thousand. In March 2019, he was awarded the Silver Play Button for exceeding 100 thousand subscribers on YouTube.

With his growing fan base, Mini Thin is enjoying the heights of his career and might be looking to release more quality albums in the future. However, his net worth is under the wraps.

Judging by his social media, Mini Thin appears to be a committed guy with a girlfriend and a daughter.

The West Virginia native revealed his partner to be a woman named Rachel, who is also the mother of his child. Although Mini often discusses his dating life, he is yet to disclose any credible information about his girlfriend.

The same goes around with his daughter, who currently ages eight. Mini keeps a low-key profile of his childhood except for once when Mini shared a picture of his daughter alongside his dying grandfather. Mini Thin's daughter spends some time with her great-grandfather before his demise in 2018 (Photo: Mini Thin's Facebook)

While Mini leads a happy family of three with his girlfriend and daughter, he always dreamt of marrying a celebrity.

Back in December 2015, Mini exclaimed that his future wife was going to be UFC star, Paige VanZant. His heart must have broken when Paige started dating MMA fighter, Austin Vanderford in 2016. As the couple got engaged in 2017, Mini Thin will now have to make things work with his current girlfriend.