Lorraine Pascale Settles Down After Her Divorce 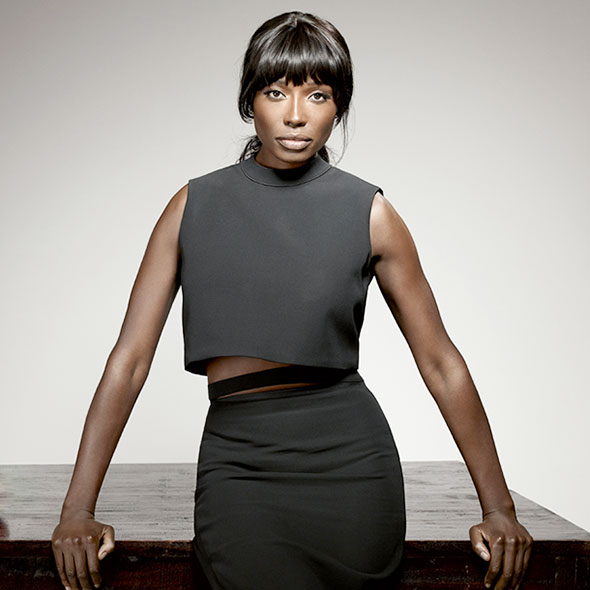 Every marriage has difficult times, but the separation brings much more pain. If you have a child, then it's much more difficult to separate. A similar case happened to a British television cook, Lorraine Pascale, who had to take responsibility for being a single parent at a young age after her divorce from her ex-husband, Count Kaz Balinski-Jundzill.

Let's find out more about her married life.

There is no reliable source about when and how Lorraine met her first husband, a Polish Musician, Count Kaz Balinski-Jundzill, but they got married in 1995. After a year into their marriage, they were blessed with their bundle of joy.

Lorraine and her husband welcomed their daughter, Ella Balinska, in 1996. They were a happy family together until the news of their divorce came in 2000. Lorraine has not disclosed the real reason for their divorce and has completely sidestepped questions regarding her marriage.

In an interview with The Guardian, Lorraine shared how her marrying in her early 20s was like a gamble in her life. But she is also glad that she had a child when she was young. She said,

I got married in my early 20s and then a year or two later had my daughter. I have a very close relationship with Ella, who is 14 now. I'm really happy that I had a child young. It's a nice way of doing it. It's unfortunate that my marriage didn't work out but I suppose getting married very young is a bit of a gamble.

Lorraine also mentioned that she always followed her mother's principle of honesty while taking up the job of motherhood. However, she has fulfilled both the responsibility of a father, mother, and friend. With her support and love, her daughter Ella has already established herself as an actor and writer. Ella spends most of her time in Ireland, where her father also lives. Ella and her father are pretty close. Even though her parents are divorced, she still shares the same bonding with them. Lorraine has never stopped Ella from visiting her dad because of her personal issues. Count Kaz was the one who taught Ella to drive and ride a motorcycle. Lorraine's husband always had an active presence in Ella's life.

Lorraine and her ex-husband now have moved on with their lives and have found their soulmates.

Lorraine, age 49, has finally settled down with Dennis O'Brien. She married her now-husband twice.

Lorraine and her husband, Dennis, initially got married on June 26, 2021, when the lockdown restriction was still strict. However, as she could not invite her family and friends, she replanned her wedding ceremony after the finish of the corona. Lorraine and Dennis, on their wedding day. (Source: Vouge)

Lorraine again got married to her husband, Dennis, after five months with a grand ceremony at London's The Gherkin building.

Lorraine actually met Dennis at a gym. They both hit it off instantly with the talk of fitness and love for food. They soon started seeing each other, and after dating for three years, Dennis proposed to her and got married.

Both live a blissful married life and frequently share pictures of being together on social media.

However, before meeting her soulmate, she also dated a music and film executive, Ged Doherty. They met for the first time in 2009 at London's Claridge's Hotel through their mutual friends. After knowing each other for a while, Lorraine introduced her boyfriend to her teenage daughter, who was 13 years old at that time. The couple dated for a long time and also got engaged. The former chairperson and chief executive of Sony Music, Ged, also offered Lorraine to move with him to Los Angeles. But she declined his offer as she was at the peak of her career and could not take such a big move. Maybe because of that, their relationship started to have problems, and unfortunately had to choose separate ways.

According to Dailymail, Ged wanted to give their relationship a new path by marrying her, but it could not happen. It also said,

Ged is devastated about the break-up, but Lorraine just didn’t feel the timing was right. They’re both very cut up over it.

After that, she prioritized her career, and now she has found herself a perfect man.

However, Lorraine's life went through many ups and downs to make her this strong.

Lorraine Pascale was born on November 17, 1972, in England, UK. She was born to Caribbean parents, but her birth parents had her up for adoption when she was just 18 months old. A white couple who had a son adopted Lorraine in Witney, Oxfordshire.

Although Lorraine knows who her biological parents are and also knows that her siblings live in London, she does not wish to get in contact with them. In an interview with The Guardian, she said,

I don't have any desire or need to find them. One family is enough.

However, she started her career as a model, and at the age of 16, Naomi Campbell's founder spotted her modeling. As a result, she became the first black British model to be on the cover of American Elle.

Besides modeling, she loved cooking and food, and in 2005, Lorraine took a diploma in a cookery course at Leith's School of Food and Wine.

She later joined the Culinary Arts at Thames Valley University and graduated with a first-class degree in 2012. Even before graduating, Lorraine started presenting a bakery television program in 2011.

She also had her bakery, which she operated for about five years. Apart from her modeling and cooking career, Lorraine also did interior design, car mechanics, hypnosis, and other works.

She has also hosted her TV show on the BBC Channel called "Baking Made Easy" in 2011.

Another Cook: Wondering About Carla Hall? All You Need to Know About Her Parents, Husband and Net Worth

Besides that, she has also published many cookbooks, like, Baking Made Easy, A Lighter Way to Bake, How to Be a Better Cook, etc.

With her career in cooking, she has accumulated a huge amount of net worth. Even though she has not revealed her actual wealth, we can safely assume that her net worth is in the millions.

Currently, she is living a very happy life with her husband and has perfectly balanced her personal and professional life.

Stay tuned to get more updates on Lorraine Pascale.