By LRU Writer | On: October 06, 2019
Model Myla Dalbesio broke out when she featured as Calvin Klein's first-ever plus-size model for the "Perfectly Fit" underwear campaign in 2014. While the feature gave her spotlight...Myla is married to Nathan Hageman since 2 July 2018. The couple became husband and wife in a...To honor her late parents, Myla and her husband did something special. She wore... 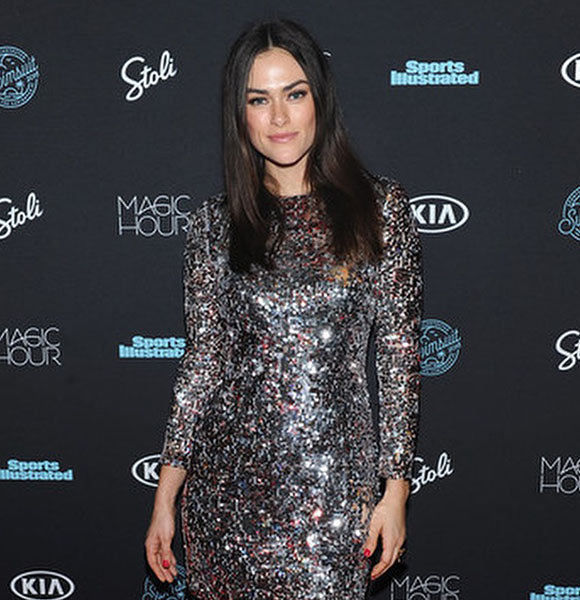 Model Myla Dalbesio broke out when she featured as Calvin Klein's first-ever plus-size model for the "Perfectly Fit" underwear campaign in 2014.

While the feature gave her spotlight, the downside of fame-trolls also followed. As a girl who dealt with body image issues in the past, she was subjected to significant scrutiny about her body.

Despite hard times, Myla pushed through and managed to feature in the reputed Sports Illustrated Swimsuit Issue in 2017.

And in 2019, she featured in a documentary titled, The Models.

Myla is married to Nathan Hageman since 2 July 2018. The duo swore their vows to pronounce each other as husband and wife in a magical wedding ceremony in Tulum, Mexico. Amidst 80 close friends and family, Myla promised to love her boyfriend turned husband forever.

Although the wedding was emotional for both the bride and groom, it was extra sentimental for Myla. Well, on her big day, her parents were absent as both of them had passed away. Her father, John Anthony DalBesio, died in the early 2000s while her mother, Nancy, had lost her battle to breast cancer when the model was very young.

To honor her late parents, Myla and her husband did something special. She wore a lavender color gown as a bride - the same color Nancy wore on her wedding day. Meanwhile, Myla's husband Nathan wore her late father’s watch. In the absence of Myla’s old man, her sisters walked her down the aisle. It was indeed a beautiful wedding ceremony.

To make their union more special, Myla and her husband decided to donate to charity, American Society for the Prevention of Cruelty to Animals, in association with theknot.com.

Since the wedding day, the couple has been inseparable. On the occasion of the duo's first anniversary in 2019, Myla took to Instagram to pen the sweetest tribute to her husband. She touched upon their union from dating to getting married.

Clearly, the couple is genuinely in love.

Myla of age 32 has been vocal about the struggles with her body image and unhealthy food habits. In 2015, she opened about her issue via an open letter. There, she bared her heart about starving herself and spending long hours at the gym.

Further, Myla revealed that she struggled with speed addiction and would only sleep twice a week. And, when the model with body measurements 37-28-39 inches was subjected to criticism in 2014 for her Calvin Klein ad, Myla reminisced her past and decided to open about the behind the scenes struggles of modeling.

In 2017, a cheerful Myla talked about healthy eating without starving oneself along with positive exercise habits. The model of height 5 feet 11 inches (1.8 m) and weight 69 kgs is indeed inspiring youths all over the world.