By LRU Writer | On: February 20, 2020
Today, Nancy Fuller and her husband are already parents to six children and...Nancy is married to the co-owner of ...As per Nancy's interview with SouthernLiving in 2018, her favorite dish to make consists of very simple recipes...One of her daughters is named...she was featured in one of the episodes of Nancy's show 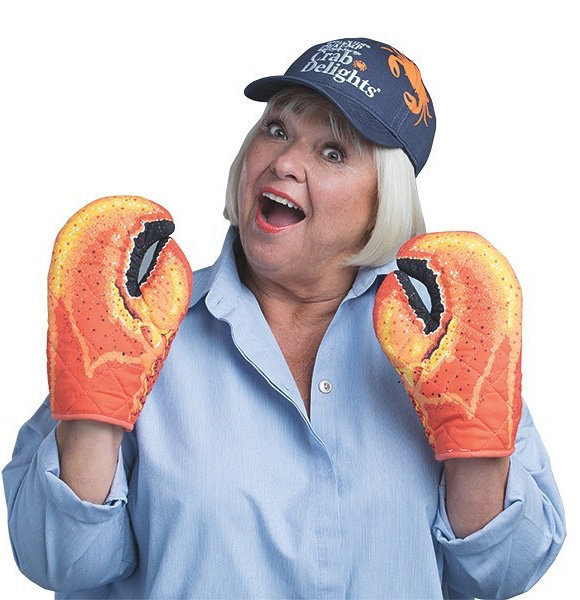 Celebrity chef Nancy Fuller is best known as the host of Food Network's show Farmhouse Rules (2013). She was one of the judges on the network's other show titled Holiday Baking Championship (2014).

Nancy is married to David Ginsberg since 1997. Her husband is the co-owner of Ginsberg Foods, the largest independent food distribution company in the Hudson Valley. Nancy and her husband are parents to six children and thirteen grandchildren. One of her daughters is named Lorinda Ginsberg, and she works as a school principal.

Lorinda was featured in one of the episodes of Nancy's show Farmhouse Rules (2013) back in 2014. Nancy's other daughter is Nita Ginsberg; Nita has a son.

As per Nancy's interview with SouthernLiving in 2018, her favorite dish to make consists of simple recipes. She uses chicken, carrots, onions, and celery, which she marinates thoroughly and lets it cook in the oven for about an hour. She considers this recipe a simple pot dish.

Likewise, talking to TheDailyBeast in 2018, the celebrity chef shared about the first recipe she tried making. She said,

“I remember cooking a complicated recipe out of Gourmet and my grandmother came to the stove and kind of scooted me out of the way and put the ingredients in, 1, 2, 3 and it was DONE! That was the day I stopped taking myself too seriously."

Also, in 2015, when she was asked by Journal Sentinel on tips to make holidays entertaining through tasty dishes, Nancy's advice was to use the simplest recipe possible.

Nancy generates revenue from her e-commerce website Fullerfarmer.com as well. Her website has various items ranging from apparel to furniture on sale. Designs of aprons are sold on the platform for $70.

Facts About Nancy Fuller Including Age: