By LRU Writer | On: February 06, 2020
Lola Consuelos and boyfriend went on a trip to Egypt on...has been dating him since 2018 and the two have been spotted together on...most of her family members are a familiar name in the...details on college...at the height of 5 feet & 5 inches (1.6 meters)...wiki reveals her age...when asked about her experience with college life...in the realm of showbiz as an actor and producer... 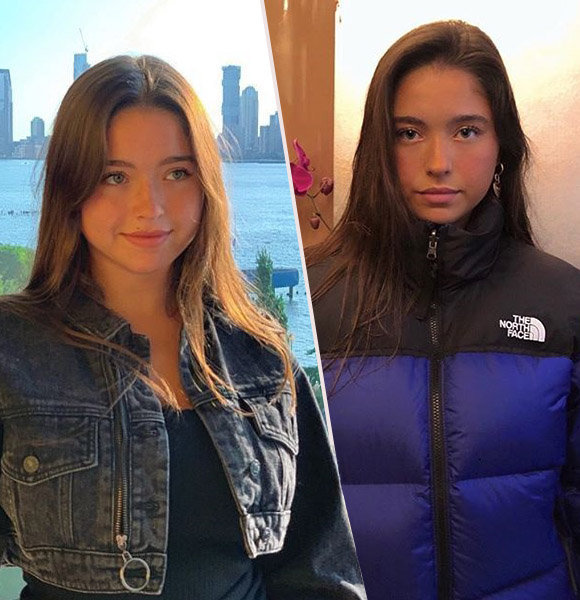 Lola Consuelos is best known as the daughter of prolific actress Kelly Ripa. Currently a scholar in New York City, she has received prominent fame online as well.

Lola is in a relationship with Tarek Fahmy. He is an emerging soccer player trained at i2i International Soccer Academy. He currently plays at the midfielder position for Metropolitan Oval. Lola has been dating Tarek since 2018, and the two have been spotted together on multiple occasions. On 28th December 2019, Lola shared a picture of her end of the year vacation at Egypt among pyramids featuring her boyfriend. Captioning the post, she wrote,

Interestingly, the caption on the picture is the reference to singer Pitfull's famous nickname "Mr.Worldwide."

Also, on 2nd February 2020, Lola and her partner celebrated his 20th birthday. She also took to Instagram to shower Tarek with beautiful wishes.

Lola's parents are Kelly Ripa and Mark Consuelos. Both of them are familiar names in the realm of showbiz as an actor and producer. Her mother, Kelly, has well-known titles such as Family Guy (2002), Hope & Faith (2003), Hannah Montana (2011) and Riverdale (2019) to her acting credits.

Likewise, her dad, Mark (originally from Spain), has been active onscreen since 2000 through debut from the movie M.K.3. Also, he served as the producer for TV shows such as Dirty Soap (2011), and Fire Island (2017).

Talking about her siblings, Lola has two brothers: Joaquin Consuelos and Michael Consuelos. The latter is an actor as well.

Lola finished her high school education by 2018, and a year later, in Septemeber, she joined New York University college to study Music.

On 1st October 2019 on an episode of Live With Kelly & Ryan (1983), when asked about her experience with college life, her mother replied,

Also, her brother, Michael, attends the same college as well.