By LRU Writer | On: March 13, 2019
American journalist, Natalie Morales-Rhodes has been married to her husband ... for 20 years now, but the couple's relationship has faced several ups and downs......From a miscarriage to the rumors of affairs, the pair has experienced moments of doubt in their marriage......The mother of ... children, she was once rumored to have cheated on her husband with work colleague...... 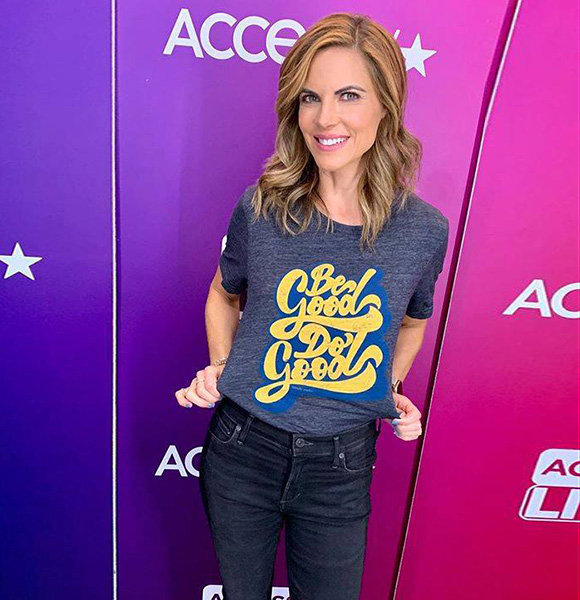 American journalist, Natalie Morales has been carrying her burden of coming into the limelight, where her personal life has come to be the focus of media and public eyes.

Married to her husband of 20 years, the NBC News host faces no solid personal life turbulence but rumors of affairs have its own way of getting into her life.

Dealing with several rumors of affairs throughout her career, the 46-year-old journalist has not for once let her professional life be affected by it.

Extremely sincere and dedicated to her work, she has managed her responsibilities significantly well and has been a part of numerous shows throughout her career. And now, the journalist has also taken the personal affairs to her hands by addressing the rumors in her own words!

Affair Rumors Despite Having Husband and Children

Natalie believed she found the love of her life when she met her investment consultant husband, Joseph Rhodes in the 90s. The duo escalated their relationship to the next level and tied the knot on 22 August 1998 at the Phipps Mansion in Denver, Colo.

Together ever since, the pair has been through numerous ups and downs in their 20-year long marriage. The biggest ups were the birth of their two children. Natalie Morales along with her husband Joe and their two sons (Photo: marriedwiki.com)

Natalie and husband Joe welcomed their first son, Joseph Steven Rhodes in 2004. Their happiness was doubled a few years later with the addition of their second child to the family in the form of their son, Luke Hudson Rhodes in 2008.

The couple was blessed with their two children after Natalie suffered a miscarriage earlier in her marriage, which she believed was the lowest point in their marriage. However, both Natalie and Matt soon rubbished the rumor that seemed to defame her married life. In an interview given to Page Six in 2016, Natalie put light to the gossip which suggested her having an affair with Matt Lauer.

“There is absolutely no truth to this completely absurd story. It is damaging, hurtful and extremely sexist.”

After an official statement rubbishing the rumors of her affairs, Natalie continues to focus all her attention in her marriage, where she remains fully supported by her husband.

With the duo recently marking off their 20-year-anniversary, Natalie alongside her husband Joe looks all set for happily ever after.

Born in Taipei, Taiwan, Natalie, at age 46, stands at the peak of her career with both fame and fortune her good friends. She started her journalism career as a co-anchor at WVIT-TV, and gradually established her own identity in the field of reporting.

Landing her dream job at NBC after a few years of experience in 2006 as a national correspondent in the Today show, Natalie managed to increase her stature through the famous TV program.

After making her name as a host in the Today show, Natalie decided to pursue a new challenge in her career in 2016. She left the Today show and headed her career path towards Los Angeles where she performed her duties as the show’s West Coast anchor.

With years of experience, the veteran journalist currently earns a massive salary figure of $2 million a year. In addition to her salary as a journalist, she has also published several of her cookbooks which have thus managed to accumulate her a net worth of $8.5 million.

Well, Natalie is an inspiration to people from a multi-ethnic background. Courtesy of her father Lieutenant Colonel Mario Morales Jr. who is Puerto Rican and her Brazilian mother Penelope, she was able to communicate in English, Spanish and Portuguese.

Although initially, she was discouraged from pursuing hosting due to her heritage she later turned it into her strength and became a renowned journalist of America.

Along with being a talented journalist who makes a tough job look easy, Natalie is a dog lover at heart. It is a happy revelation to fans, who will love her even more after finding her little secret.

The additional members of her family are Zara and Obi, both of the cute dogs are rescues which make them even more loveable. Obi is the recent rescue among the two.

Sharing joy about the new family member she revealed the meaning behind her canine friend’s name. Well, her younger son Luke named Obi after Obi-Wan Kenobi from Star Wars.

The lovely family seems over the joy about their rescue puppy.