NBC News' Sheinelle Jones is a Family Woman: How She Met Her Husband? Fourteen Years Of Married Life And Three Children 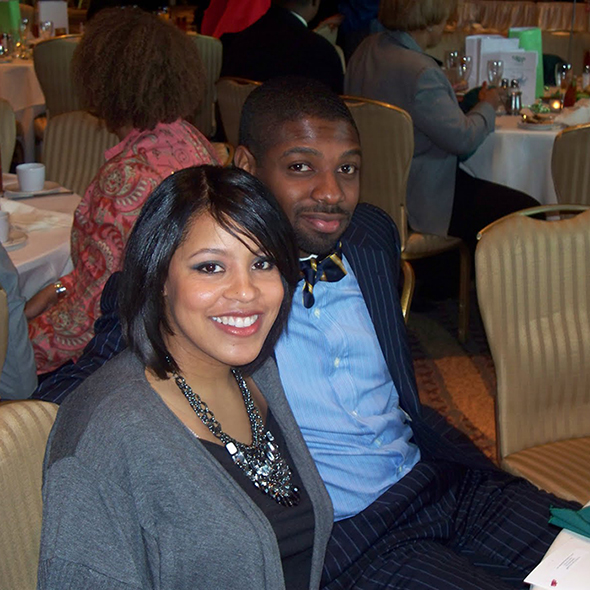 Sheinelle Jones is an American journalist & a news anchor for NBC News. Till now, she has enjoyed a marvelous career which is on the rise and also increasing her fan followings.

With the fame there comes questions about your personal life, with one being:

She is married to her husband, Uche Ojeh, a managing partner at UAO Consulting. Sheinelle met her husband and the love of her life when she was in college. At the time, she was a college tour guide while Uche was in high school. While recounting her early accounts of her husband, the NBC News personality once said:-

Sheinelle and her husband Uche got married in September 2007 in Rittenhouse Square in Philadelphia. Almost 14 years into their marriage, and still, they are going steady and stronger. Sheinelle Jones Alongside Her Husband and Children (source: Instagram)

The married duo is leading a blissful life with three children named Uche, Clara, and Kayin. Sheinelle's oldest is now 12, whereas her twins are 9.

Since becoming a mom, the NBC News personality's life has taken a 180-degree turn. Yet, despite the changes, she is yet to lose sight of her goals, all the while raising her kids in a fitting environment.

Sheinelle was born on 16 April 1978 in Philadelphia, Pennsylvania. Her father is U.S. District Court Judge C. Darnell Jones II. Her unique name is the amalgamation of her parents' first names, Shiela and Darnell. As her name is so popular, even her children refer to her as Sheinelle Jones.

Growing up, Sheinelle would dream about making it big as a journalist. She even decorated her rooms with headshots of local Wichita, Kansas news anchors.

After completing her high school education at Wichita Heights, she enrolled at Northwestern University, located in Chicago. Her career in journalism began with WICS-TV, where she got assigned to the broadcasting team.

During her career, she has worked in stations like KOKI-TV, WTXF-TV, and Philadelphia station, where she worked for nine years before finally joining NBC. She is working for NBC and MSNBC, where she acts as a co-anchor for Weekend Today and as a host for MSNBC Live.

In her illustrious career, and at the age of 44-year-old, the journo has interviewed various public figures, including Halle Berry, Kevin Hart, and Barrack Obama. In the past, Sheinelle received major honors from the Oklahoma Chapter of the Society of Professional Journalists and the National Association of Black Journalists.

Talking about recently, Sheinelle is also an executive producer of Stories We Tell "The Fertility Secret," which is a show covering five women of color as they reflect on the physical and psychological pain of infertility.

She hosts Wild Child, which features a live-action television program designed to meet the informational and educational needs of children aged 13-16 on NBC, and also she is a part of Off the Rails.

From being amazing in her on-screen career to interviewing at the Met Gala, she has done it all.

Witnessing Sheinelle's rising career, we cannot wait to update you guys more on her!