By LRU Writer | On: April 29, 2019
Neil Jackson is an ex-personal trainer, who has also worked as an amateur boxing champion before becoming a full-time actor...A man of many talents, Neil has successfully established himself as a prominent force in the entertainment industry as an actor... 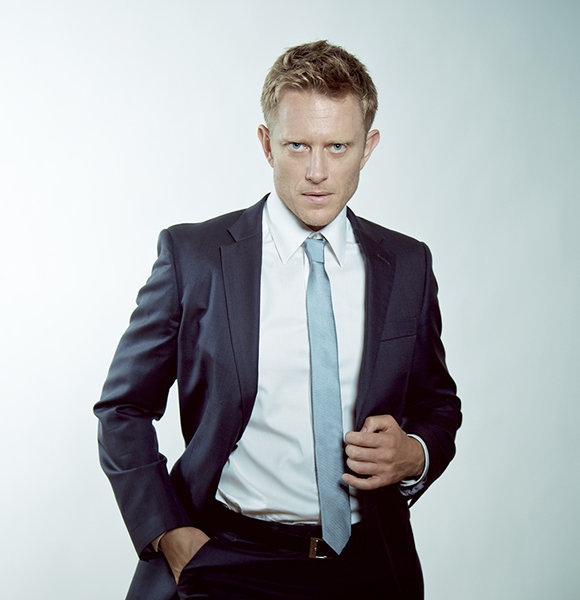 Neil Jackson is an ex-personal trainer, who has also worked as an amateur boxing champion before becoming a full-time actor. A man of many talents, Neil has successfully established himself as a prominent force in the entertainment industry as an actor.

Neil Jackson, age 43, was born 5 March 1976, in Luton, Bedfordshire, England, the UK to Dennis Jackson and Evelyn Jackson. Hailing from a huge family, he has three brothers.

Neil attended Harlington Upper School and studied Drama before enrolling at the University of Wales Institute, Cardiff, from where he graduated in 1998. He also went to Michael Armstrong’s Acting Academy and graduated in 2002.

Quick relationships and flings have been an ongoing trend in Hollywood. However, Neil Jackson is far from it.

He has been in a relationship with the same person for more than a decade. Neil met his girlfriend, Kylie Furneaux at the set of Blade where she was teaching him his fight scenes. Kylie is a TV host, author, survival expert, and stunt performer. Neil Jackson and girlfriend Kylie Furneaux at the "The Passage" premiere on 9 September 2007 in Toronto, Canada (Photo: gettyImages.com)

It was in an interview with UPROXX in June 2014 where the actor first revealed about his dating relationship.

When the interviewer asked Neil what the sweetest thing anyone had ever done for him was, Neil revealed that during the launch concert promoting his album, his girlfriend traveled 10 hours from LA to Uk to surprise him.

Any rumors of Neil being gay and doubts, whether he is married, was put to rest by the interview.

Neil's big break in the action scene came when Oliver Stone cast him as Perdiccas in Alexander alongside big names like Colin Farrell and Angelina Jolie.

Then 2007 saw the release of The Passage, a film written by Jackson and shot in Morocco, in which Neil played a lead character alongside Stephen Dorff. He had a guest appearance as Ian on How I Met Your Mother the same year. Bagging more parts, Neil made guest appearances on CSI: Miami and Stargate: Atlantis.

In 2010, he starred as the chauffeur Harry Spargo in the BBC revival of Upstairs, Downstairs. Jackson was cast in the lead role of Sir Percy Blakeney/The Scarlet Pimpernel in Fairbanks Productions’ adaptation of the classic tale scheduled for 2012.

Even, 2020 has excellent things store for Neil. Neil has managed to secure the central cast role in an upcoming American drama web television series, based on the DC's Stargirl.

Neil also pursued competitive boxing for a short time and managed to win gold at light-middleweight. Since Neil entered the professional space, he never had a gap year with work. He worked on numerous TV shows and movies.

Neil continues working and adds more to his already impressive resume. He has not only gathered fame along the way but also remarkable net worth. No doubt that the actor enjoys a lavish lifestyle.