By LRU Writer | On: March 03, 2021
Nick Merico was one of those lucky chaps who mesmerized the Roar hitmaker with his...singer dated some of the prettiest young actresses in the...he had a fling with American singer Kira Kosarin and also exchanged a word of...boasts an Argentinian nationality and inherits mixed ethnicity from... 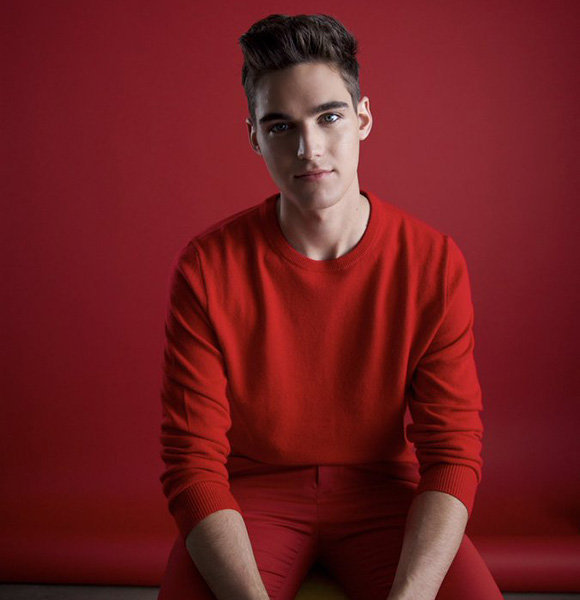 Katy Perry is the dream girl to many of her fans, and it is a memorable moment when the pop sensation flirts with someone on a show like American Idol

Nick Merico was one of those lucky chaps who mesmerized the Roar hitmaker with his singing and dreamy eyes.

As the singer collected all three yeses from the judges, he also described Katy as his childhood crush and expressed his will to work with her in the upcoming days. Let’s know more about this handsome gentleman from the article.

It comes as no surprise that girls are after the talented and charming Nick Merico.

The 23-year-old singer has dated a few of the prettiest young actresses in the film industry. First and foremost, he entered the dating circle with rumors of being together with Andrea Chang in 2011.

He called her as his girlfriend via a tweet. However, the two did not grab much notice as Nick announced looking for a girlfriend at the start of 2012.

In a couple of months, the React to That actor was calling Paula Koalla as his girlfriend on his Twitter handle. Like the previous tweet, the latter statement by the actor also did not have much to it.

But, 2014 brought a lot of question marks in Nick's relationship status. In March 2014, he had a fling with American singer Kira Kosarin and also exchanged a word of praise for each other on Twitter.

Despite spending quality time with each other, the two did not stay in a deep relationship. On the other hand, in October, Nick was spotted hand in hand with his Every Witch Way co-star, Paola Andino.

The two had gone out at Katsuya to have dinner and stirred dating rumors immediately. Though they looked comfortable together, it was confirmed that the two were not dating.

As of 2019, the emerging superstar is yet to come out with his real dating partner and give his fans something to cheer about.

Nick Merico - height 5 feet 10 inches (1.78m) - is the only son of his parents: Cheryl and Fredy Merico. However, he has a sister named Lexi in his family of four. He boasts an Argentinian nationality and inherits mixed ethnicity from his parents. As a child, he attended the American Heritage High School and performed singing on school functions and venues all over Argentina.

At the age of eleven, he opened his personal YouTube channel and started giving priority to his singing interests by uploading cover songs from different artists. Along with all his singing accolades, another opportunity in acting came knocking on his doorstep.

The 23-year-old singer got a chance in the TV series Charlie’s Angels as a guest appearance and gained a massive fan following.  Later, he also appeared as Daniel in the Nickelodeon series, Every Witch Way.

As of 2019, the St Louis native is auditioning in the famous reality show American Idol and is also preparing for his short film First-Timers which is under post-production.