By LRU Writer | On: January 30, 2019
Nicole Boyd, the girlfriend-turned-wife of Jackass star Bam Margera, was often sidelined by her husband's fame but she has a lot to offer to the world than just being the second wife of the professional skater...A model and actress by profession, Nicole maintains a healthy marriage with her once-alcoholic partner and the two have also started an adorable family of their own... Maintaining a balanced personal life and career is always a difficult task, but Nicole seems to have achieved it with perfection, which is clearly reflected in her wiki profile... 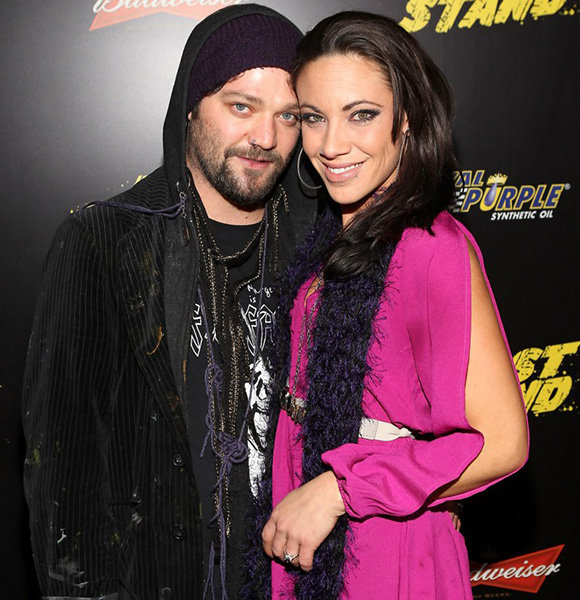 Nicole Boyd, the girlfriend-turned-wife of Jackass star Bam Margera, was often sidelined by her husband's fame, but she has a lot to offer to the world than just being the spouse of the professional skater.

A model and actress by profession, Nicole maintains a healthy marriage with her once-alcoholic partner: they have already started an adorable family of their own.

Though maintaining a balanced personal life and career is a difficult task, Nicole has achieved the balance with perfection, which is reflected in her wiki profile.

Nicole and her husband Bam Margera, now aged 39, tied the knot during a public ceremony in Iceland in October 2013. The wedding event took place during the Random Hero Festival held at the Reykjavik Art Museum.

The couple exchanged their wedding vows in front of a large audience right before Bam Margera rocked the attendees with a breathtaking performance along with his band, F--kface Unstoppable.

The concert was supposedly a charity event to raise funds in establishing a skate park in the area. The wedding ceremony was identical to the first marriage of Bam Margera, who had earlier married his childhood girlfriend, Melissa Rothstein in 2007. However, the relationship did not last long with the former duo getting divorced in 2012 following a split of two years.

Nicole and her husband, on the other hand, didn't give their marriage a chance to crumble as they were blessed with a third member in their family.

Nicole became pregnant with the pair's first and only child earlier in 2017 which was announced by Bam Margera in June 2017. The couple soon became parents to a healthy baby boy named Phoenix Wolf in December 2017.

With the arrival of their son, Nicole and her husband have got something to work on their marriage and look delighted taking up the parenting job. A former alcoholic, Bam Margera - who possesses a net worth of $ 50 million - has also found a new approach to his life and has put his alcohol-induced past behind to become a good father & a loyal husband to his baby boy and wife respectively.

A photographer and graphic designer by profession, Nicole have also tried her luck in modeling and acting. Nicole's wiki suggests that she has worked as an actress at the Pennhurst Asylum which is considered as one of the "Most Terrifying Haunted Attractions" in the US.

Nicole, who acquires a Caucasian ethnicity and possesses American nationality, may not be classified as a tall woman with her height compared to her husband but her moderate height is what makes her more attractive.

Receiving her education from a renowned institute, Nicole celebrates her birthday on 24th January.