By LRU Writer | On: October 16, 2018
Nicole Threatt, wife of the famous rapper Dr. Dre is an attorney at law but...a mother of two, she was formerly married to former NBA player...Nicole currently enjoys the fame and fortune of being a celebrity wife, however, it has come at a cost of her personal career... 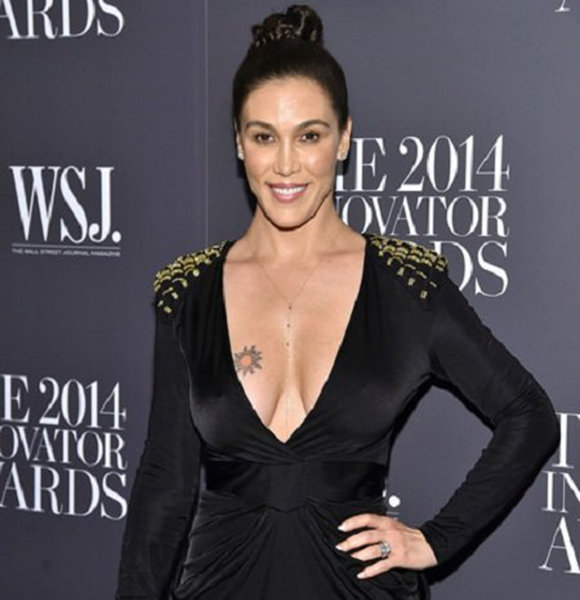 It's not easy to handle glamour, fame, and fortune that comes around with being a celebrity wife. Nicole Threatt however, has managed to have a successful grip on the consequences of being a wife to one of the most famous celebrity in the world, Dr. Dre.

Married to husband Andre Romelle Young, aka Dr. Dre for over two decades, Nicole is the woman behind the unprecedented success of the rapper. Standing hands in hands in every step of the way, the two have brought a new definition to love, and are considered to be one of the most perfect couples in Hollywood.

However, the fame that comes along with being a celebrity wife does come up with some sacrifices. Nicole also had to sacrifice quite a bit to ensure that her family life isn't hampered much. However, the star-wife should not have any regrets about her decisions going by the looks of her perfect family.

Nicole born on 1 January 1970 in the United States of America has always been a secretive person preferring to keep all her personal details private. She holds a degree of attorney after studying law in her college days but hasn't practiced law in any form whatsoever.

You May Also Like: Mike Sherm Wiki: Everything From Age, Girlfriend To Parents, Net Worth

She first came into the limelight after marrying former NBA star Sedale Threatt. With a low key marriage, there hasn't been much revealed about her past relationship. Their marriage ended in three short years in 1995 as destiny had other ideas for Nicole in the form of her husband Andre.

Nicole met Dr. Dre whilst she was still married to her former husband. In fact, Dr. Dre wrote a letter to her future wife back in 1995 trying to convince Nicole to come to him. Dr-Dre's letter to his future wife Nicole in 1995. (Photo: nextshark.com)

His wish was fulfilled as Nicole and Andre got married in May 1996 after a year of dating. At age 48, Nicole currently enjoys an unmatchable net worth of $820 million along with her husband. The couple has two kids in the form of son Truth, born in 1997 and daughter Truly born in 2001. With her husband an African-American, Nicole comes from a mixed ethnicity.

Left Career For Husband and Kids

In a country, where having an attorney degree is considered as one of the biggest personal accomplishments by an individual, it comes off as a huge surprise that Nicole hasn't practiced law till date. However, the former law student has a reason behind it.

See Also: A Look Inside Attorney Mark Geragos' Family With And Their Son and Daughter

A family girl in her own ways, Nicole wants to be recognized as a  simple housewife and a socialite. With the remarkable achievements of her record producer husband, Nicole feels that her responsibility in the marriage is to ensure that her family sticks together. A mother of two, Nicole is all set in her paths to be a successful mother with her daughter Truly Young on the cusp of being a star herself. Talking to Vogue in 2017 about the discipline she received from her parents, a self-taught singer, and guitarist Truly mentions

“As an artist, I want to be able to inspire young people to break away from societal standards. My mom and dad allowed me to try anything without fear of being judged.“

So, while her husband continues to reach personal heights previously unheard of, and her children set to begin their own journey in life, Nicole Threatt stands tall as a proud wife and mother, knowing she has fulfilled her responsibilities towards her family.