By LRU Writer | On: December 17, 2019
Niki Demartino is a YouTuber who gained her fame by being a beauty and fashion guru though her channel called Niki and Gabi. She along with her sister with whom she collaborates on her channel has gained over 9 million subscribers...Niki was born as Nicola Teresa DeMartino on...Most people know that Niki is dating her camera guy and graphic designer...The two are often seen together in each others’ social media handles and... 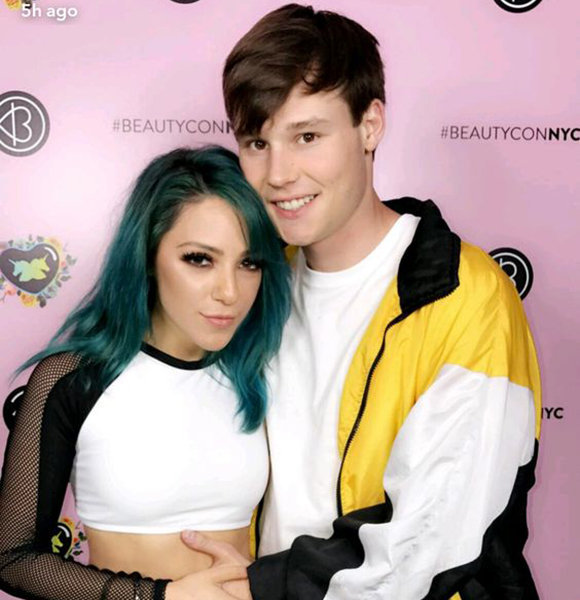 YouTuber Niki Demartino gained her fame as a beauty and fashion guru through her channel, Niki and Gabi. The YouTube channel, which Niki manages along with her sister Gabi - has gained over 9 million subscribers.

She also has another channel called 00RemakeGirls - where she has over 200K subscribers - with her sisters Gabi and Alex.

Niki was born as Nicola Teresa DeMartino on 05 May 1995 to father Jeffrey DeMartino and mother, Nelida Garcia-DeMartino. Both of her parents are dentists - who celebrate their wedding anniversary on 9 June every year. The Pennsylvania native grew up with three other siblings: a twin sister named Gabi DeMartino, an older sister Alex Demartino, and a younger brother called Anthony DeMartino.

Talking about her early life and education, the YouTube personality went to Notre Dame High School. When Niki graduated from high school, she went to DeSales University in Center Valley, Pennsylvania, where she chose Communications as her major for her higher studies.

Who Is Niki Dating?

Most people know that Niki is dating her camera guy and graphic designer Nate West. She revealed her boyfriend to fans through a YouTube video on 26 April 2017. It is not disclosed when they started dating, but in the video, Niki mentioned that they knew each other since high school. Their relationship was simply platonic as Nate met Niki and her sister Gabi to shoot their videos. But, as time passed, the two developed a love interest for each other and eventually started dating.

The two are often seen together in each other's social media handles and appear so in love. As of their status now, the duo seems to be still going strong - based on the couple's picture on 27 October 2019.

Before Nate, the beauty guru dated YouTuber Jerry Pascucci from 2012 till 2016. They were pretty open about the relationship and often boasted their love for each other on social media.

You Might Be Interested In:- How Much Is Saffron Barker Net Worth? Her Height, Family, Dating Status

Everyone thought the duo was going strong when suddenly, at the end of 2016, Niki announced that the duo broke up. Niki’s sister Gabi stepped up to explain that the pair broke up when Jerry found someone else, and he broke up with her over a text.