How Much Is Saffron Barker Net Worth? Her Height, Family, Dating Status

By LRU Writer | On: November 26, 2019
As the TV series Strictly Come Dancing’s 2019 season started airing, rumors about celebrities and their dance partners starting a relationship seem to have risen significantly. Among them is the Youtuber Saffron Barker and AJ Pritchard...The pattern is also named the ‘Strictly curse...Before Youtube, Saffron was a part of an all-girl band...he has also amassed an... 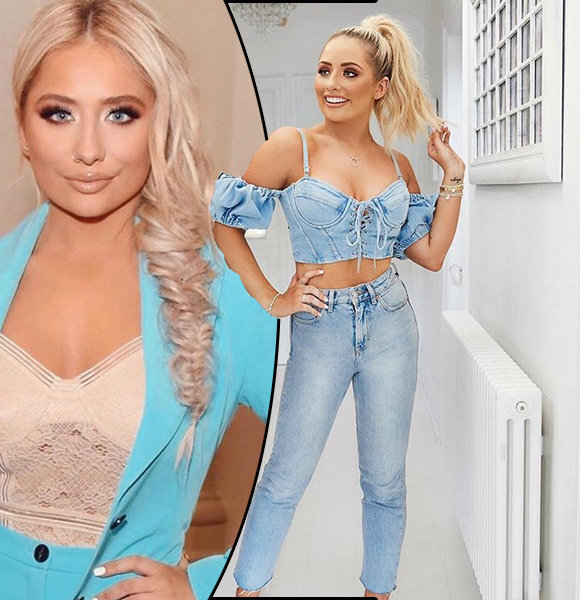 2019 Strictly Come Dancing's contestant Saffron Barker is a YouTuber who runs her self titled channel. Her videos mostly include vlogs, pranks, and challenges.

As she donned a new cap of appearing on Strictly with her dancing partner AJ Pritchard, a lot of rumors about their relationship started coming into existence. But were the stories true? Read more to find out.

As the dancers posted pictures of them during their practice sessions, people could not help but confuse their chemistry for a romantic relationship. Things got even weirder in October 2019, when the dancers appeared on This Morning and the host, Piers Morgan, put them on the spot and grilled about the nature of their relationship. However, the pair denied any romantic connection.

Furthermore, when the duo appeared on the show Lorraine on November 2019, where they again denied the claims. The YouTuber also pointed out AJ's happy relationship with his girlfriend Abbie Quinnen. She further explained their strong friendship shutting down all the rumors once and for all.

It does not seem like Saffron is dating someone. She even told Mirror in November 2019 that she was busy with Strictly Come Dancing.

After the reality TV star’s breakup with Jake, she was linked to several YouTubers such as Joe Weller and Elliot Crawford.

Before YouTube, Saffron was a part of an all-girl band called Born2Blush. The band started singing in the early 2010s and even released its single, called 24seven, in March 2015. The band sadly broke up in 2015.

Saffron then went on her path as a YouTuber making videos about beauty, fashion, music, and challenges. With amazing content, she has been able to gather more than 2.25 million subscribers. And over the years, she has also amassed an estimated net worth of $1 million.