By LRU Writer | On: December 13, 2019
O. T. Fagbenle is acting in Marvel cinematic universe's highly awaited movie Black Widow...is involved in high budget movie projects and his career...r got a jumpstart in his acting career with the TV show...remains if he is married or has a girlfriend 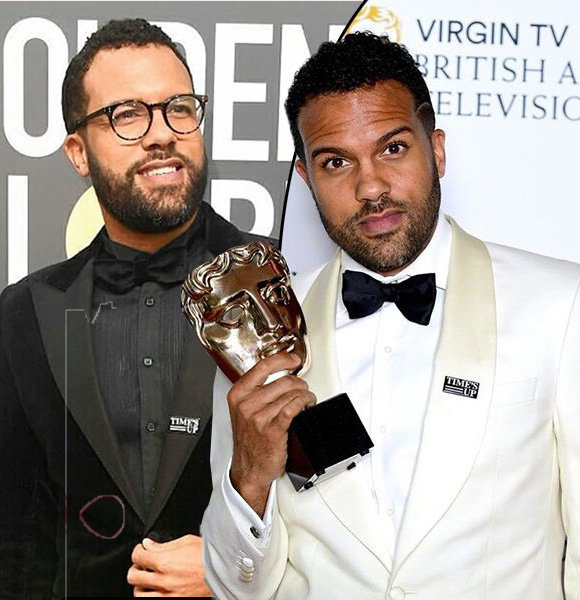 English actor O.T. Fagbenle is mostly recognized for his role, Luke Bankole, in Hulu's Emmy Award-winning show The Handmaidens Tale (2017). However, apart from his onscreen ventures, he is a very established theatre actor as well.

He performed in dozens of stage adaptions of plays such as Romeo & Juliet and Porgy & Bess after his graduation from the Royal Academy of Dramatic Arts in 2001. Moreover, the actor played a leading role in John Guare's award-winning play, Six Degrees of Separation.

O.T. has appeared alongside actress Elizabeth Moss, who plays the role of June Osborne, as her on-screen husband in The Handmaidens Tale. However, his real-life dating status remains a mystery. So, until the actor himself publicly comes up with any information on his personal life, nothing can be confirmed for now.

O.T first made his onscreen debut from the show EastEnders in 2002. Likewise, he landed major roles in many series including Little Miss Jocelyn (2006), Quarterlife (2008) and Quick Cuts(2013).

On top of that, he portrayed the character of Other Dave in the famous sci-fi show, Dr.Who, in 2008. With his emerging career, O.T played diverse roles as well by playing a gay character named Frank in HBO's show Looking(2014).

As of today, he is involved in high budget movie projects and his career is taking off in a new direction. On 2020 audience will be seeing him sharing screentime alongside actress Scarlett Johansson in Marvel cinematic universe's highly awaited movie Black Widow(2020).

Considering the fact that movies made under the Marvel franchise make millions of dollars every year worldwide, O.T is guaranteed to gain more exposure through his recent role.