By LRU Writer | On: September 05, 2019
Olivia Dudley started dating only from 2017... has been able to establish her impressive net worth of...she is involved in many of her boyfriend's project...was renewed for the fourth season in 2019 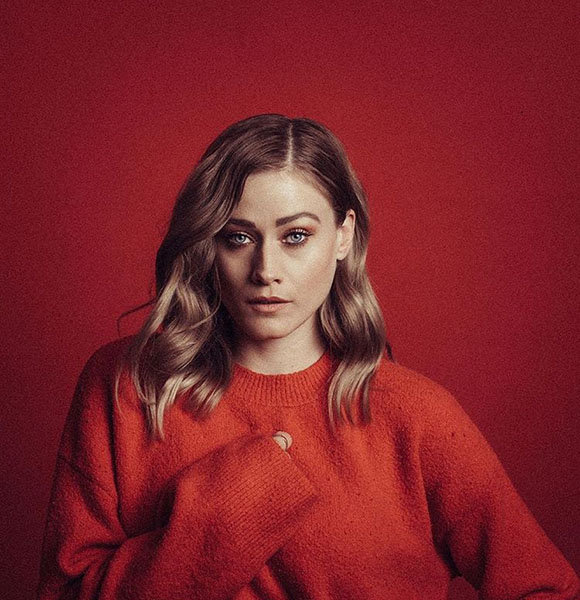 Moreover, her recurring appearance in the Syfy Network series The Magician has further glorified her acting career.

Along with noteworthy exposure, the show has also helped her in finding love. While workplace romance is not considered a bad idea by many, it has been a joy ride for Olivia.

Olivia is in a relationship with American cinematographer Elie Smolkin. The pair met while working on The Magicians, where she appeared in the recurring role of Alice Quinn.

Meanwhile, her boyfriend Elie was involved as the show's Director of Photography. Although the two had known one another since 2015, they started dating only in 2017. Olivia Dudley and boyfriend, Elie Smolkin on the set of The Magicians in February 2019 (Photo: Olivia Dudley's Instagram)

Olivia and Elie were also spotted together at the ASC Awards, held on 6th February 2017.

Despite dating for over two years, the artist's bond with her cinematographer boyfriend is intact. The pair is often seen celebrating different events and occasions together.

On 3 July 2019, the two spent quality time and Elie even made the actress feel special on her birthday.

Moreover, Olivia is also involved in many of her boyfriend's projects. So, if the pair continues with their relationship, fans might see fortunate to see them as husband and wife.

However, Elie is not Olivia's first love. Previously, she was in a relationship with another indie filmmaker named Evan Glodell. They dated for about five years before eventually separating in 2016.

Olivia - height 5 feet and 3 inches (1.6 meters) - was born on 4th November 1985 in California. She was raised by her loving parents: Jim and mother Saundra Dudley in the city of Morro Bay.

As the only child in her family, the actress graduated from Morro Bay High School in 2002. Afterward, to pursue her career in acting, she moved to Los Angeles. Olivia first made her debut in the 2007 movie, The Anna Nicole Smith Story.

Even with a limited number of projects to her name, Olivia has been able to secure a sustainable net worth of $1.5 million. Moreover, her income grows as she was confirmed as one of the cast members of the upcoming movie, Canary.

Since the movie is financed by Russo Brothers - makers behind Avengers Endgame - she undoubtedly received some impressive paycheck.

On top of that, her series The Magician was renewed for a fourth season in 2019. So, the project will evidently keep her bank balance fresh.