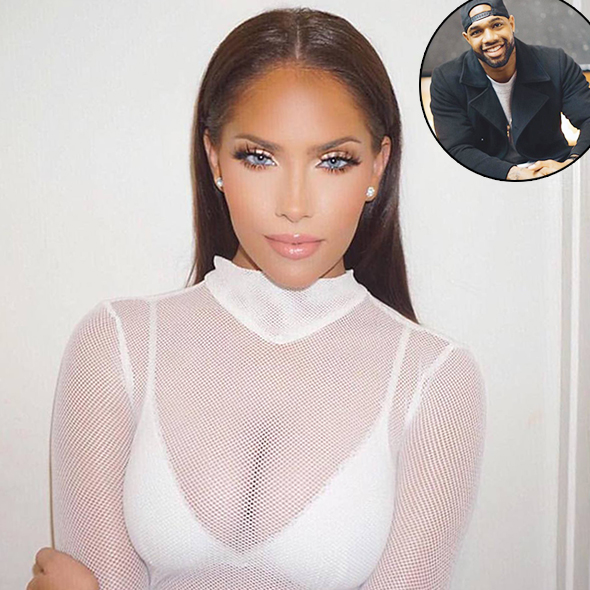 Not every relationship ends happily. When there is love, there is heartbreak too. But when there are trust issues and misunderstandings, the relationship will eventually end, breaking hearts.

Something similar has happened to "Wives and Girlfriends of Sports Stars” WAGS' constant Olivia Pierson. Olivia is now separated from her boyfriend, Marcedes Lewis, after finding him being “Shady.” Let’s see how her boyfriend turned “shady” and how they got separated.

2019, in August, Olivia was surprised in the WAGS by a sneak peek clip when she spotted her former partner at a party in Los Angeles.

Her ex-partner Marcedes was supposed to be training with his football team in Jacksonville, Fla. Olivia, who looked shocked, then said:-

"What the hell is going on?" You are in the same city as me and you don't even pick up the phone? You have your phone attached to you. You don't think to shoot me a text like, 'Hey, I'm in L.A?' You better be surprising me right now because this is not OK. This is so shady!"

Right after some days after finding Marcedes shady, Olivia ended her relationship with her former partner. Unfortunately, this wasn’t the first time when Olivia found her boy cheating on her. He was previously seen flirting with Tia Shipman.

Likewise, a suspicious picture with Olivia’s sister Sophia Pierson followed up the flirtation. Olivia Pierson and Her Then-Boyfriend Mercedes on an Episode of WAGS (source: eonline.com)

Olivia and Marcedes began dating in 2015. She entered WAGS’s with her girlfriends, where she and her former partner were the newest couples in the show. In an interview with Fame10, she said:-

“Our girlfriend Nicole heard about it from her modeling agency and the show wanted girls that actually knew each other. So Nicole asked Natalie because their boyfriends played on the San Diego Chargers at the time and Natalie said, if you want me than Olivia’s coming with, we are two peas in a pod lol.”

Olivia, who looks stunning at the age of 32, is not married, though having a boyfriend in the past. If her relationship with Marcedes wouldn’t have ended, he could hopefully be her future husband.

Olivia's Career and Net Worth

After calling off her relationship with her ex-boyfriend, Olivia now seems to be working hard to make her career. As a YouTuber and former constant of WAGS, she is said to be receiving an incredible salary.

However, Olivia has not revealed her exact amount of net worth, but looking at her career so far, she must have made a pretty good amount from the entertainment industry.

That said, the reality star's objectionable net worth has often been a topic of discussion among the cast of WAGS. Along with her BFF and cousin Natalie Halcro, she has been accused of providing escort services on the low. Reacting to the rumor, Olivia confronted their WAGS cast-mates in the November 2017 episode, asking:

"Which one of y'all talked about escorting?"

In the same confrontation, Natalie went into detail as to how the controversial cousins had earned a steady stream of income. According to her, the pair charges "$15 thousand to $20 thousand for a post." Towards the end of 2017, Olivia and Natalie's business acumen was on the full display as they launched their newest clothing line.

Fellow WAGS:- Sophia Pierson Gloomy Over Past Affair With Boyfriend! Giving up on Dating at 26?

Acknowledging the Olivia and her cousin Natalie's chemistry, in May 2018, E! announced that the pair would star in the channel's latest reality show, Nat & Liv. The docu-series, which is produced by Cineflix and Machete Productions, provides an insight into the cousins'/ BFF's lives.

After starring in the show, the star cousins recently launched their own swimming line named "JUNE JOY SWIM."

Witnessing the star's flourishing career with her cousin by her side, we cannot wait to update you guys more on her and them!