By LRU Writer | On: November 13, 2019
At the age of four, Owen Teague told his parents that...slowly made his way up from theatre to...big honor of playing...kept his love life pretty secluded...romantic escapades on-screen...girlfriend prospect...is a genuine family guy in real life...a rising young actor...list of filmographies includes...earned a nomination for the Young Artist Award... 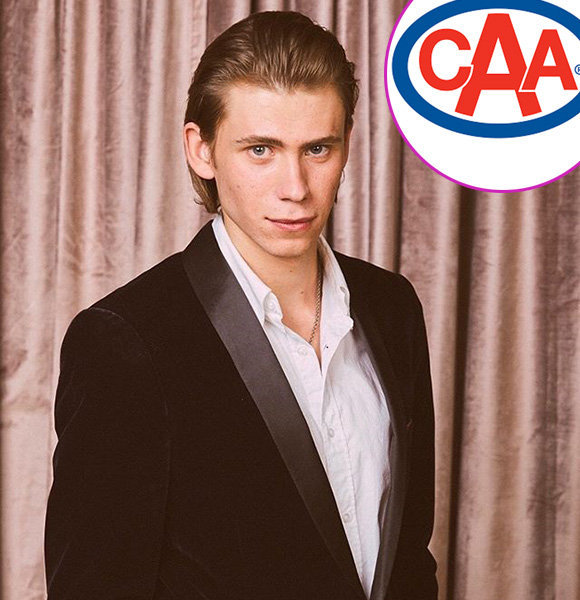 At the age of four, Owen Teague told his parents that he wanted to be an actor. A few months later, he started his career, acting at the community theatre. His first role was as ‘Little Jake’ in a hometown production of Annie Get Your Gun.

After that, he slowly made his way up from theatre to minor roles in various movies and TV shows before finally landing the role of Nolan Rayburn on the Netflix drama series Bloodline in 2015; that gained him massive recognition.

The same year, Owen also got the big honor of playing a young Walt Disney in the film Walt Before Mickey.

Who Is Owen Teague Girlfriend?

Despite being a budding actor in Hollywood and on the limelight for quite some time, Owen Teague has kept his love life pretty secluded. From his secrecy regarding his personal life, it's pretty apparent that the young actor has mastered the art of maintaining his dating affairs an extremely low key affair. Owen Teague in a still from Bloodline (Photo: variety.com)

Since there is no scoop about his actual love life, for now, his fans need to be content with his romantic escapades on-screen. Most recently, he sparked solid chemistry with actress Angourie Rice in the romantic genre film Every Day.

Well, without any girlfriend prospect near him, the Bloodline actor can be tagged as a single guy. However, he could also be dating someone secretly away from the prying eyes. Until an actual confirmation comes from Owen himself, all one can do is speculate.

A late 90's kid Owen celebrated his birthday on 8th of December.

On-screen, the actor, is known for portraying the guy with estranged family ties. However, unlike his on-screen roles, he is a genuine family guy in real life.

Although the actor is not one to openly talk about his family and parents, from his social media posts, it's pretty apparent that he shares a very close bond with his parents.

Further, massive credit for Owen's success goes to his parents, who realized his passion at a very young age and did everything to support him

Starting his acting career at the tender age of four, Owen is making his mark in Hollywood as a rising young actor with his impressive acting range.

He has had his screen experiences in both TV shows and movies. His list of filmographies includes NCIS: Los Angeles, CollegeHumor Originals, Bones, Mercy Street, Wild in Blue, and Echoes of War, to name a few.

So far, he has convinced the audience with his portrayals of characters far from his real persona. In fact, for his performance on NCIS: Los Angeles in 2014, he also earned a nomination for the Young Artist Award.

Most recently, Owen has appeared as Julian Spitzer in the TV show Mrs. Fletcher.