By LRU Writer | On: February 12, 2020
Paige Spara is an American actress who is famous for her role as Lea Dilallo in The Good Doctor (2017-2020)...She was born on...and her parents are...Paige's movies and TV shows include...The actress stands at a height of...and her measurements are...She was rumored to be dating...Her Zodiac sign is... 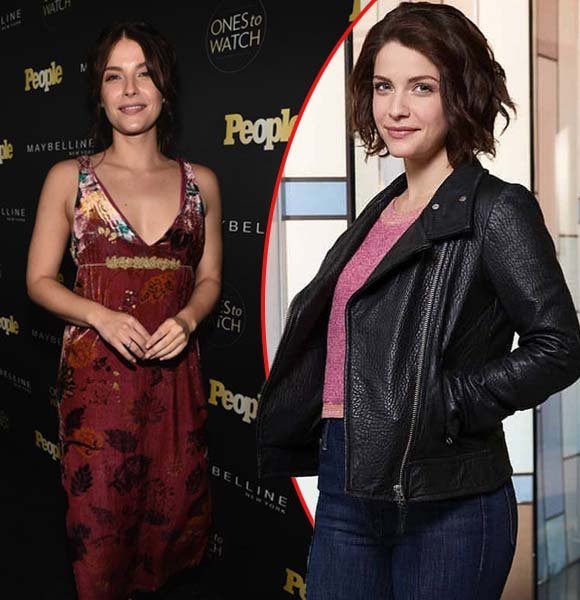 American actress Paige Spara stepped into the big screen with a small role in the movie Home Again (2017). She later appeared in the ABC TV series The Good Doctor (2017-2020) and became widely known for her performance as Lea Dilallo in the show.

The actress was born on 8 August 1989 in Washington, Pennsylvania. Her parents are Kevin Spara- a hair salon owner, and Kim Spara- a dentist. And she has an elder sister named Taylor and also a younger brother named Jesse.

Paige has a mixed ethnicity; she is of Polish, Italian, Scottish, and German descent.

At the young age of twelve, Paige joined the Kids' Theater Works and began to learn acting there. She then attended Washington High School and continued to pursue acting. In 2008, Paige graduated from high school. And after that, she honed her craft at Pittsburgh Community Theater and Irondale Theater in New York City.

The actress then attended Point Park University in Pittsburgh for two years, where she studied acting. Then, she transferred to Marymount Manhattan College and earned a degree in theater performance in 2012.

The love interest of the actress on the TV series The Good Doctor (2017-2020) is the main character of the show- Shaun Murphy. The role is portrayed by the actor Freddie Highmore. Paige Spara poses with Freddie Highmore in a still of The Good Doctor (Photo:telltaletv.com)

The two shared an on-screen kiss on the TV show, which made quite a buzz among their fans.

Further, her body measurements are as follows:

Some Facts About Paige Spara