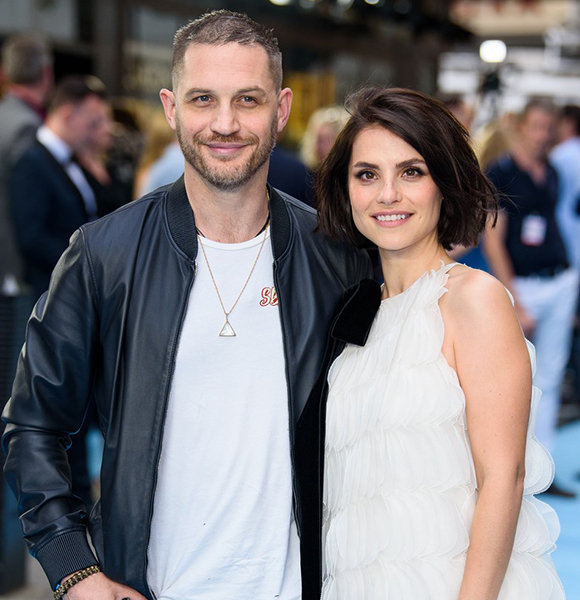 English actress Charlotte Riley first appeared in an episode of the British sitcom Grownups as Chloe in 2007.

And she made her film debut in 2008 with the British romantic comedy Easy Virtue. However, her breakthrough role came in 2009 when the actress was cast as Cathy in Wuthering Heights.

Even with her busy schedule, she still manages to keep a perfect balance in her personal and professional life.

She has been in a happy married life with her husband. Keep scrolling to know more about her personal life.

Charlotte has been married to actor Tom Hardy since 2014. Charlotte first met her husband as a co-star on the sets of Wuthering Heights (2009). After being together for a year, in September 2010, the actress confirmed her engagement to Tom. But the news of their split soon followed in February 2011.

Nevertheless, Charlotte and her husband reunited and tied the knot on 4 July 2014 at the 18th-century castle Chateau de Roussan in Provence. They only invited close friends and family to their wedding because they wanted it to be an intimate ceremony.

Furthermore, Charlotte and her husband, Tom, were blessed with their first child- Leo Hardy- born in October 2015.

The pair completed their family after welcoming their second son in December 2018. They named him Forrest Hardy, after the name of  Tom's favorite film character, Forrest Gump.

He was born on 15 September 1977 in Hammersmith, London, England, UK. His parents are Chips Hardy and Elizabeth Anne.

Further, his ethnicity is of English and Irish descent.

Also, Tom was previously married to Sarah Ward. The couple stayed together from 1999 to 2004.

Besides, he also has a son named Louis Thomas Hardy, from his relationship with ex-girlfriend Rachael Speed.

The Peaky Blinders (2013-) actress was born on 29 December 1981 in England, making her Zodiac sign a Capricorn. Her parents are Michael Riley and Margaret Riley.

She stands at the height of 5 feet 5 inches (1.65 m), and her weight is around 53 kg or 117 pounds. Charlotte got her education from St Cuthbert's, Durham University, and earned a degree in English and Linguistics. The England native once wrote the play Shaking Cecelia and performed it at the Edinburgh Festival in 2004.

Charlotte always has been interested in theater and drama. In 2004, Charlotte, along with Tiffany Wood, won the Sunday Times' Playwriting Award for Shaking Cecilia. She also appeared onstage in Michael Wynne's The Priory at the Royal Court Theatre. She also played Arabella Strange in the Jonathan Strange & Mr. Norrell miniseries adaptation.

She landed a starring part in the BBC drama Press in 2018; however, the show was canceled after the first season. Riley portrayed Lottie / Ghost of Christmas Present in the BBC miniseries A Christmas Carol, based on Charles Dickens' novel of the same name, which aired during the holidays. She will star in Amazon Prime Video's new series, The Peripheral.

According to Celebrity Net Worth, Charlotte has successfully accumulated a net worth of around $8 million with her hard work and dedication.

Stay tuned to get more updates on Charlotte Riley.