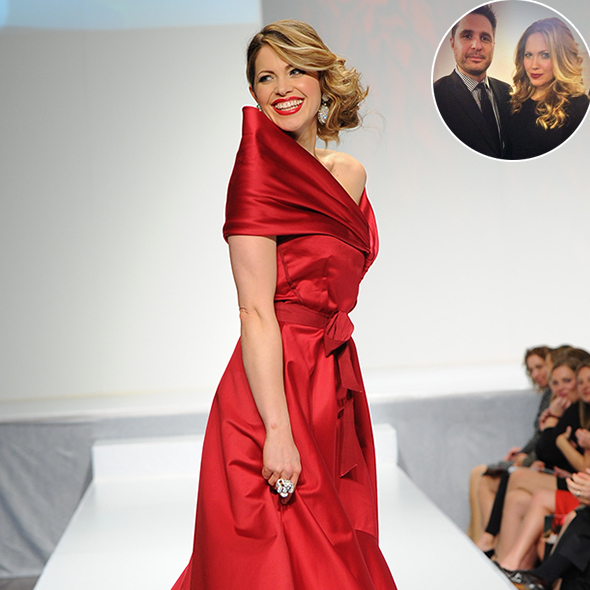 A Simple Curve star Pascale Hutton's new hallmark movie You Had Me at Aloha hit the big screen on June 05, 2021. This Hawaiian rom-com features Kavan Smith- a familiar face alongside Hutton.

On top of her big-screen time, fandom is very curious about Huttons's private life with her husband and children.

Does Pascale Hutton Have Children?

With two kids It seems that Hutton is very busy making her place in the industry as she is inclining her career without blending her profession with her personal life. Talking about her relationship status, she is currently married. She is said to be married to actor Danny Dorosh on September 6, 2002.

The actress revealed in 2018 how she met her husband, and they were meant to be together. She explained that she first met Danny when she was 19 years old.

The actress stated that during their first meeting, Danny came upfront and claimed he would marry her someday. She was shocked initially but was attracted by Danny's confidence and soon fell for him.

In late 2014, there was a rumor about Hutton being pregnant. While the news about her expecting a baby was all over the tabloids, she didn't make any comments on it.

However, it was later revealed that Pascale was a mother to two children. The news of her parenting two children with her husband Danny became apparent in August 2018 when she did the "Awesome Challenge" alongside her children. However, Hutton is very low key about her personal life and has everything about her children and husband under wraps.

Hutton does not really talk much about her family, but she did reveal how she handled her life as a mother while being an actress in an interview in April 2017.

"It’s a challenge because you want to work. Hopefully, you enjoy your work, which I do. I feel quite passionate about my work. But obviously, your heart is always with your kids, and so I feel that tug."

The actress further talked about how she managed quite a delicate balance between work and family life with the help of her husband and nanny. She mentioned them as an "incredible support network who helps maintain the balance of our household when things are crazy."

She spoke about how her life was a major inspiration behind making so much time for her children. She stated-

"In my earlier days, before kids, I would travel a lot more for work. Now if a job comes up that is in Vancouver, it’s automatically more appealing to me than one that is going to film elsewhere because your kids need you. They need YOU. There’s no substitute for you. There’s no substitute for your time, your presence, your love. There just isn’t. Being home and being present with them is the most important thing."

Also, she commented how her parents were very busy when she was a child, both being school teachers, and even talked about how having kids changed her choices in her career.

Talking about work, what is Pascale up to these days?

While talking to Southern Living, Hutton shared how this new movie came to life while having coffee. She recalled the moment and stated that she wanted to come up with something fresh and opposite of what she usually portrays, while Smith suggested playing something opposite of Hutton's character.

Now let's take a read about how it all started.

Pascale Hutton is a Canadian actress born on June 14, 1979, in British Columbia, Canada.

She spent her childhood swimming in the raging Goat River. As Pascale grew up, she discovered her interest in acting, so decided to learn it. To fulfill her childhood dream to be an actress, she joined the University of Alberta, where she studied the BFA acting program.

Looking at her rising and flourishing career we cannot wait to update you guys more on Hutton.