Pat McAfee Engaged To get Married, Meet His Fiancee

By LRU Writer | On: January 28, 2021
Pat McAfee is a sports analyst and broadcaster known for college football analysis on ESPN...is engaged to his fiancee Samantha Lynn...got engaged to her in February 2019 in Hawaii...engagement was a beautiful occasion...worked for Fox Sports before his time with ESPN... 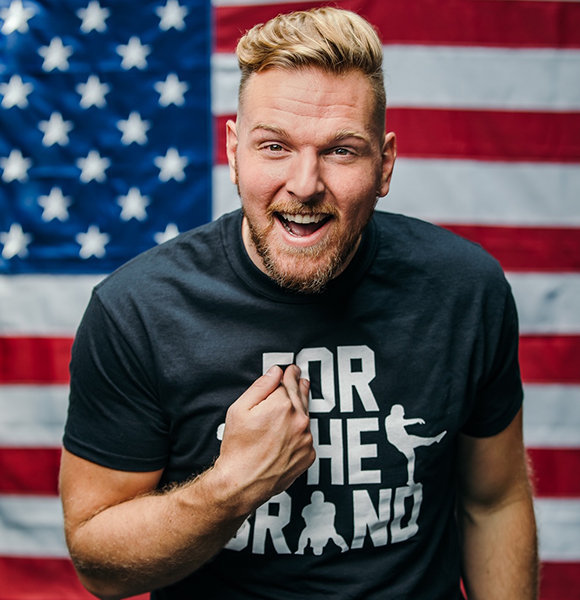 Pat McAfee is a football analyst, who especially focuses on college football. He is currently working with ESPN on their Thursday Night primetime games. Other than that, he also contributes to other ESPN shows such as GetUp!

Before Pat started his career as an analyst, he played professional football in the NFL. He was drafted by the Indianapolis Colts during the 2009 NFL Draft, after which he played eight seasons in the NFL. He went into analytics straight after retiring from the game in 2017.

Pat is in a relationship with Samantha Lynn, the founder of Fur The Brand; the foundation helps raise awareness about homeless animals and helps them find forever homes.

The couple got engaged on 9th February 2019, after ten years of dating each other. Their engagement was a beautiful occasion as Pat took her to Hawaii on a helicopter, made the helicopter land near a waterfall, and then proposed to her in front of the waterfall.

Before getting together with Samantha, Pat dated Allison Biehle, Miss Indiana USA 2010.

Bio And Footballing Journey Before NFL

Pat McAfee was born on 2nd May 1987 in Plum, Pennsylvania, the United States. His parents are Tim McAfee (father) and Sally McAfee (mother).

Pat attended Plum High School in his hometown, Plum. He played both football and soccer during his time in high school.

Upon high school graduation, the former NFL player joined West Virginia University on a scholarship. He played college football for the West Virginia Mountaineers as a punter from 2005 to 2008.