By LRU Writer | On: December 26, 2019
Paul Walter Hauser landed the role in the Academy Award-nominated movie... he had lent his voice for the TV show... despite such an impressive acting resume, his verified net worth...Paul's parents are Deborah and... 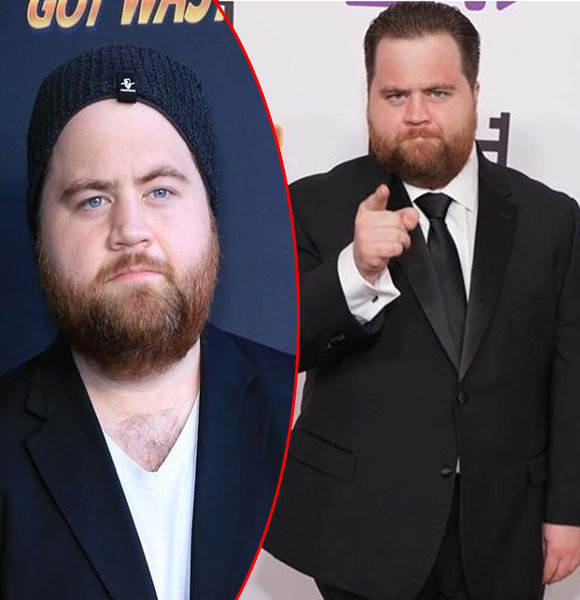 Paul Walter Hauser is notable for portraying the role of Shawn Eckhardt in the Oscar-winning film  I, Tonya (2018) - where he appeared alongside Margot Robbie. Also, he is a regular character in YouTube's original series, Cobra Kai (2019).

Apart from working as an actor, Paul is a writer and director as well. He served as a writer for the 2016 TV show, The Edge and Christian Show That Totally Reeks of Awesomeness. Furthermore, he directed two episodes of the show, 39 To Go (2014).

Paul made his onscreen debut with the movie Virginia in 2010, in which he played the role of character Dale. Prior to this project, he had lent his voice for the TV show Too Late with Adam Carolla (2005) for various characters.

With the advent of 2014, he started to appear in a repeated role for Kingdom, a show about a retired MMA fighter's struggle at keeping his family united. He portrayed the character named Keith for almost four years in the series.

Furthermore, Paul's career-defining moment came in 2017 after he landed the role in the Academy Award-nominated movie, I, Tonya. Later, he portrayed the role of Ivanhoe in another Oscar-winning movie, BlacKkKlansman (2019). Talking about his upcoming projects, Paul will be appearing in the movie, Adam, slated to be released in 2020.

Interestingly, despite such an impressive acting resume, his verified net worth hasn't yet made been public.