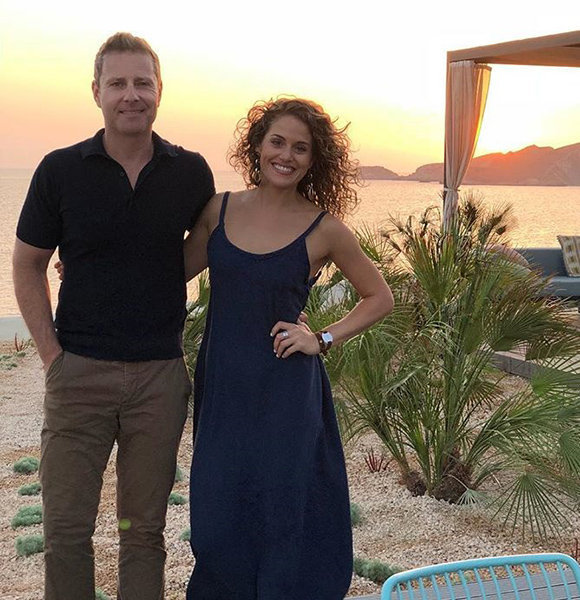 British ventriloquist Paul Zerdin knows it all, how to set out to stardom from theatre shows to the big stages of America's Got Talent. He had a meteoric rise to stardom with his talent as a Ventriloquist while performing in different voices at the same time.

But little did anyone knew, Paul had the support of his longtime girlfriend all this time, which took him to win the 10th season of America's Got Talent.

They have been together for a while, and Paul with his fame is making memorable moments with his girlfriend.

America's Got Talent Winner Talks On Girlfriend - Soon To Be Wife?

Paul Zerdin, who is also a comedian, has been able to maintain a circle of close members, among which his almost-a-decade-girlfriend Robyn Mellor also falls.

Paul began dating Robyn in 2012 and has been strong ever since with his girlfriend Robyn Mellor, who is an actress and singer in a West End show called American Idiot.

However, it is yet to be known how they first met and fell in love. May the couple's similarity of work frame might have sprouted their relationship.

Adding to it, Paul's rise to fame did not loosen their relationship, unlike most relationships that see the end after the rise to the spotlight. While Paul won the season 10 of America's Got Talent, he had been in a romantic relationship with Robyn for almost three years.

Talking to Express on September 2015, he talked of his partner saying,

"We’re very happy – well I am! She’s in the business as well which helps. Her name is Robyn Mellor and she’s an actress and singer in a West End show called American Idiot, which is actually quite apt at the moment."

The Muppet Treasure Island star showed the cute side of him by stating,

“She’s been really upset that she’s not been able to be in New York through all this because it’s been a very exciting time.”

Even after they tasted fame they went strong with their love and are still going. Their romance can be witnessed through Instagram posts by Paul. He does not miss out in appreciating his partner which he marks through social media posts.

Paul even sent birthday wishes to his girlfriend through an Instagram post. He posted a picture of him with his partner in which she sat beside him while she had her hands on his shoulder.

He marked the day and wished her through the caption writing,

"Happy Birthday to my bird @robynmellor90 where else could we be but our favourite place on this special occasion!" The pair had all smiles in the picture while they celebrated Robyn's birthday in Barbados.

Well, his girlfriend has been a cherry on top for this performer as she has been his support. He sure has appreciated in his own humorous way. He even believes that his girlfriend makes him look good.

Turns out, Robyn had accompanied him during the official opening night of Mouthing Off Vegas. He made sure to post the picture showing appreciation to his wife while they posed in front of the backdrop during the red carpet.

Apart from it, the couple recently had their romantic getaway to Ibiza. Paul and his possible wife spend their weekend there where they had a quality time at Seven Pines Resort Ibiza.

They sure had a quality time together and Paul made sure to provide a glimpse of their tour to his followers as he posted a picture with his partner on his Instagram.

Well, they are the perfect one made for each other.