By LRU Writer | On: October 21, 2019
Many celebrities speak on behalf of different human/animal rights, equality of men and women, and so on...Out of the many is the actress Pauley Perrette...Pauley Perrette was born on...She first started acting in advertisements...Her TV career began when she started making...Along with acting, she has been actively working against multiple social issues...She was married to...The pair started dating soon after...the question of her being gay or not... 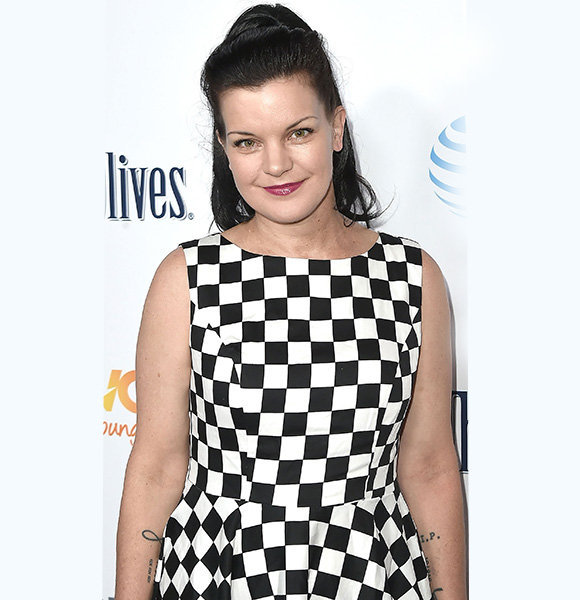 Many celebrities speak on behalf of different human/animal rights, equality of men and women, and so on. Out of the many is actress Pauley Perrette. She is an ardent social and civil activist involved in many organizations working for animal rescue, civil rights, and LGBT rights.

Besides directly working for such social causes, Pauley puts effort on using TV to tackle the pressing issues of the society. An example of such work is a documentary she is directing and producing about the U.S. civil rights attorney and author, Mark Lane.

With Husband Or Gay?

Looking at Pauley Perrette’s dating history, she has had multiple partners. She was married to a musician named Coyote Shivers in 2000. The union turned out to be a disaster for Pauley as the pair split in 2004. There were allegations against Coyote from Pauley as well as his other exes that he stalked them and terrorized them sexually while dating. Pauley and Coyote finally divorced in 2006.

Next in line for Pauley was Michael Bosman. The pair started dating soon after the actress parted ways with her first husband. The two even got engaged sometime in 2008. However, the duo broke up around 2009.

After ending things with Michael, Pauley started dating a British actor named Thomas Arklie. The boyfriend-girlfriend duo got engaged in 2011. But, Pauley decided to get married after California got rid of Proposition 8, which took away the rights of gay couples. As of October 2019, it is unclear if the pair is still together or not.

Pauley Perrette was born on 27 March 1969. Although a native of New Orleans, Louisiana, she moved to different locations, including Alabama, Georgia, Tennessee, North Carolina, South Carolina, New York, New Jersey, and California, throughout her childhood.

Pauley showed immense interest in working for animal rights since her childhood and wanted to make a career based on her desire. But, she also wished to become an FBI agent or be in a Rock and Roll band.

With all her goals in her mind, she studied sociology, psychology, and criminal science in her undergrad, passing with honors. Later, she learned criminal justice at Valdosta State University. But, she moved to New York City to continue her studies at John Jay College of Criminal Justice.

Pauley’s life took an interesting turn as she went from criminal justice to acting. She first started acting in advertisements. After booking a few commercials, she moved to Los Angeles to pursue her career.

Her TV career began when she started making small roles and guest appearances in TV shows such as ABC Afterschool Specials and Moloney. Pauley then got recurring roles in bigger TV shows such as Murder One, The Drew Carey Show, and Special Agent 2.

With her striking looks and probably due to her education, she won a role as a rebellious forensic scientist on JAG. Due to her performance, the actor was given the same character in a spin-off of JAG called NCIS. The show then skyrocketed Pauley’s fame in the world of TV shows.

Pauley’s career does not only limit to acting. She has also sung several songs and is a part of the Los Angeles-based band called Lo-Ball. One of her songs, Fear, was even featured in NCIS: The Official TV Soundtrack.

Along with acting, Pauley has been actively working against multiple social issues, as mentioned earlier. She is on the board of PATH (People Assisting the Homeless), EQCA (Equality California), AIDS Walk LA, AIDS Task Force, and many more.

Through these projects and organizations, Pauley, at the age of 50, now dedicates her time for the welfare of society.