By LRU Writer | On: January 16, 2020
Pete Davidson and rumored girlfriend shared a night out in Italy trying best to...Ariana got caught calling the blissful pair "cute" on camera...saw them get engaged within months of dating...even solidified when the two were walking hand on hand, seeing the sceneries in the beautiful city of...split ways in January of 2020...treatment as soon as possible and couldn’t... 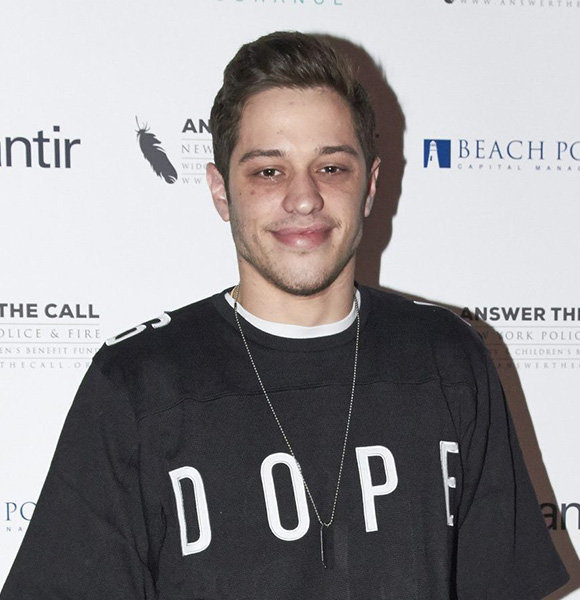 Pete Davidson is a comedian best known for his participation in Saturday Night Live’s 40th season. The very first SNL cast member to be born in the 1990s, he has been very successful in his career.

Besides his involvement in SNL and comedy, he also regularly makes headlines for his relationships; his most famous romantic involvement to date is with singer Ariana Grande.

The two first started dating in October of 2019 and split ways in January of 2020. As for the reason for them breaking up, Pete supposedly needed to take some time off to look after his mental health. He had sought treatment previously in 2016 as well. A source told E! News that he needed to go for the treatment as soon as possible and couldn’t wait any longer.

The comedian had been very open about his mental health issues in the past as well. He has come out about his problem with drugs, borderline personality disorder, and suicidal thoughts.

Pete’s earliest known relationship was with actress Cazzie David. The two started dating in 2016 and were together for two years before eventually going their separate ways in May of 2018.

The comedian then got into another relationship very quickly. In fact, he started dating Ariana Grande that very month.

The relationship moved incredibly fast, and the two got engaged on 9th June 2018. The comedian got four tattoos dedicated to the God is a woman singer. Unfortunately, the relationship didn’t work out, and the engagement was called off in October of 2018. The reason for their split was never let out, but the two don’t have any bad blood between them. Pete even addressed the issue in an episode of SNL in November of 2018; he had this to say:

I know some of you are curious about the breakup, but the truth is, it’s nobody’s business and sometimes things just don’t work out, and that’s OK. She’s a wonderful, strong person and I genuinely wish her all the happiness in the world.

Ariana also mentioned the comedian in her song, Thank you, next. The lyric goes, “And for Pete, I'm so thankful.”

While the break up made for many headlines, the SNL cast didn’t have a problem moving on. Just three months later, he was dating actress Kate Beckinsale. However, just like his previous relationships, it lasted for a very short time — the two dated from January of 2019 to April of the same year.

He was romantically involved with actress Margaret Qualley next. The Once Upon A Time In Hollywood actress started seeing Pete from August of 2019. Unfortunately, this would be his shortest fling to date, lasting just two months until October.