By LRU Writer | On: September 17, 2018
Pixie Lott is a British singer famous for her songs like...Pixie got engaged to her longtime boyfriend and has a lot of plans to have a grand wedding in the future...Pixie's fiance was the one to propose her for... Fans noticed Pixie's slightly enlarged belly bump which led to the speculation that she was pregnant...Real name, Age, Parents and more 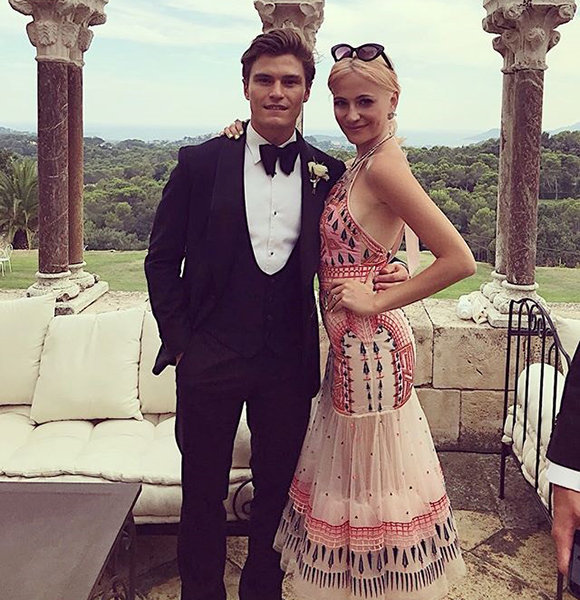 Pixie Lott, as she rarely goes by her real name Victoria Louise, is a British singer famous for her songs like Mama Do, Boys, and Girls, Won't Forget You, and more. After initially being launched in 2009, Pixie has even served as a judge on the children show The Voice Kids.

The singer has written success all over her personal life too for she has been engaged to her longtime boyfriend., with a plan for a grand wedding in future.

Although the marriage schedule has been frequently changed, the couple has now finally agreed on a fixed date for their wedding. And one event is not enough for the bride, she wants to get married twice!

Pixie and her longtime boyfriend took their relationship to the next level by getting engaged in front of the St. Paul's Cathedral in London, England.

The Bromley, United Kingdom native's fiance Oliver Cheshire, whom she first met at a fashion show, was the one to propose her for marriage. Oliver proposed her outside London's St. Paul's Cathedral in 2016 and without any delay, she even accepted the proposal.

"Caught in the act. She only bloody said yes"

Her partner, Oliver is a British model who also runs a website named I Wear The Trousers, where he gives suggestions to fashion enthusiasts. Pixie also posted a photo of the couple sharing a passionate kiss in front of the cathedral after getting engaged. Moments later, Pixie uploaded another picture, this time flaunting her engagement ring and even mentioned Oliver's proposal as the greatest surprise of her life. Soon after the couple's engagement, rumors surfaced that Pixie was pregnant with Oliver's child. While attending the 2017 National Television Awards in January 2017, fans noticed Pixie's slightly swollen belly bump which led to the speculation that she was pregnant.

You May Like:- Who Is Caitlin McHugh? Wiki Details From Age to Pregnancy Revelation

However, Pixie's agent disproved the gossips and revealed that she and Oliver had not even thought of becoming parents.

Plans For Wedding; One In CountrySide, Other In Hot Country

Pixie and Oliver, who got engaged after dating for nearly six years, have been planning their wedding for quite some time now.

Back in late 2017, Pixie mentioned that the couple had been planning to have two wedding ceremonies: one at the countryside and another at 'hot country,' in September 2018. In an interview with Daily Mail, she stated,

"We want to be in the UK for sure, because we have a big family and want everyone to be involved. Probably in the countryside somewhere. The dream is to have a really little one afterwards in a hot country with just immediate family. That's just a crazy idea. I don't know if that's going to work out."

Adding on, Pixie stated that the pair had not decided on the venues for their wedding and would have to find an exceptional location for getting married.

Although initially Pixie and her fiance had thought of tying the knot in September 2018; however, by April 2018, the couple had delayed their plans to 2019. The wedding may not take place before next year, but Pixie has already started with the pre-wedding celebrations.

You Don't Want To Miss:- Did Shawn Booth Split With Kaitlyn? Reveals The Truth Amid Break Up Rumors

In April 2018, she treated 14 of her closest friends and family to a luxuriant lunch at London's famous spot, Quaglino's where the guests were rewarded with a three-course meal and an unlimited supply of drinks. Pixie Lott at her bachelorette with her guests (Photo: DailyMail.co.uk)

With the pre-nuptials celebrations going on, Pixie and Oliver have decided to walk down the aisle in May 2019.  Pixie, age 27, talked about her wedding plans in a July 2018 interview with The Sun,

"We’re now looking at May next year. It’s all been a bit mad because we’ve had so much on."

Further, she also mentioned appointing eighteen bridesmaids with her sister as the "maid of honor."

Born as Victoria Louise, which is her real name; Pixie is the youngest among her parents' three children. She grew up among her three siblings and raised by her mother Beverley and father Stephen, who worked as a stockbroker.

Soon after Pixie got her first minor role in the West End Production of Chitty Chitty Bang Bang, her brother Stephen was discovered to be suffering from Perthes disease.

Pixie along with her parents participated in various fundraisers to treat Stephen from the illness and with the dedication of the family, he was able to walk within two years time. Moreover, Pixie's parents are also supportive of her career and together with the parents, siblings, and Pixie are considered an ideal family.