Porsha Williams Update: Net Worth In 2018 After Buying Lavish House

By LRU Writer | On: March 28, 2019
Porsha Williams Update: Net Worth In 2018 After Buying Lavish House An American reality television star Porsha Williams, who is best known as radio host of The Real Housewives of Atlanta, lives alone in a huge mansion and don't compromise while accounting comfortability. A few years back, she was also considered as one of the top wealthiest cast members of Real Housewives of Atlanta. 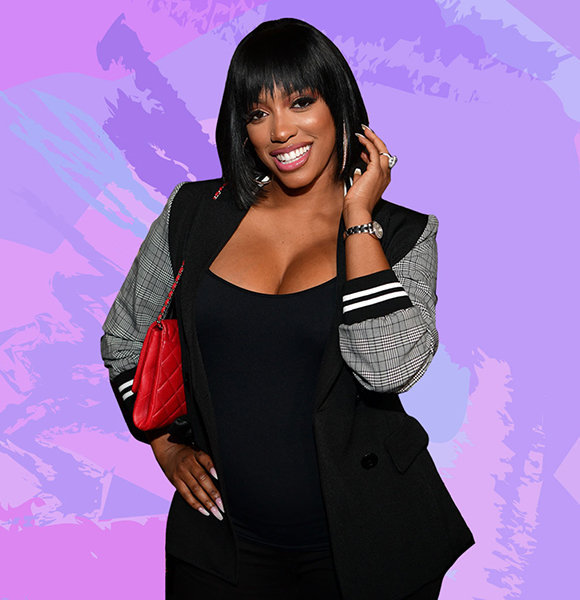 Well, are you willing to know about Porsha Williams's recent net-worth and lifestyle? If so, scroll down to clear your curiosity!

Porsha Williams confirmed through her Instagram account that she spent $1.5 million for a new beautiful home outside of Atlanta, just minutes away from pal NeNe Leakes. She purchased a mansion in November 2016.

When it comes to placing money in real estate, nothing makes the priority list than the location. The reality star was all too aware of the said cardinal rule while buying the Atlanta mansion.

The reclusiveness of her lavish home was all too enticing for Porsha. Explaining her reason behind buying a house in the city outskirt, she once said:-

"She was like, 'Girl, you're single. Get a place in the city.' And I'm like, 'You know what? I'm used to living outside of the city.' I like quiet. I mean I work a lot. When I'm off, I like to be off. And one thing I can say about my house is it's really secluded and I'm just in a whole 'nother world. I just completely enjoy it."

The giant house with an area of 5,920 square feet has five bedrooms and seven bathrooms. Furthermore, the home also has a huge chef's kitchen, library, and five fireplaces. Besides that, her house includes community perks along with a golf course and a creek. Porsha made the headlines after buying such a spacious residence; she was indeed spotlighted by every media group, proclaiming no need of such a huge house. The reality was single and living large when she acquired the property. Addressing the issue of highlight, she affirmed:-

"I got exactly what I wanted and I use my home — whether people say it's too big for just one person or not — I use my home as something to inspire me,

"Every day I walk down my steps and I look around at what I have and what I'm blessed with. I feel proud when I go to work. It makes me want to give my all, so that's what it means to me."

For Porsha, her Atlanta residence is as much a place to live as it is a source of inspiration.

American reality television star Porsha got immense popularity after being a member of Bravo's reality show The Real Housewives of Atlanta, where she as initially paid by the season; however, in 2016, she got her salary as per episode.

Back in 2013, Porsha's net worth was $16 million, which depicts that her net worth had significantly declined in comparison to 2017. Her net worth started slopping down after she parted her way from NFL player, Kordell Stewart.

Court documents revealed that the reality star didn't see so much as a dime in reparation. Despite never signing a prenup, the court ruled against her favor.

Porsha's net worth suffered a severe blow after she didn't receive any sum in either spousal support or benefits of any kind. So, dire was her financial state that she even sold her Rolls Royce to make up for the loss.

Furthermore, her role on RHOA was also downgraded after 2013, leading towards a decline in net worth.

In 2018:- Porsha Williams Engaged! Boyfriend/Husband To Be Sheds Fortune On Ring

Apart from being an RHOA star, Porsha is also a daughter of self-employed entrepreneurs, who eventually helped her to run a day-care facility and add some wealth from it. Besides those, she has pursued her career in the various realms; she is a professional model, actress, and a singer as well.

Porsha made her music debut under the record label, Kandi Koated Entertainment, founded by her castmate, Kandi Burruss back in 2014. Moreover, she released her first single Flatline through the iTunes store in March 2014.

Well, as of now in 2018, she has perhaps maximized the volume of her net worth. However, her recent salary and net worth remain unclear as she is yet to reveal any official statement about the figures.