By LRU Writer | On: February 19, 2019
Televangelist-pastor, Creflo Dollar has been a controversial figure often getting the limelight of all the wrong reasons...One of the most famous preachers, Creflo's followers have supported him despite his wrongdoings...Despite his occasional sinful acts, the president of the International Covenant Ministries (ICM) preaches for God, Christianity, family values and love... 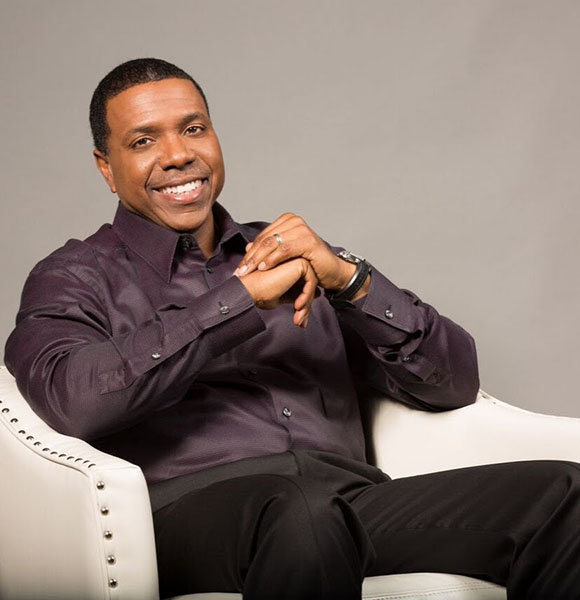 Televangelist-pastor, Creflo Dollar has been a controversial figure of the limelight. One of the most famous preachers, Creflo's followers have supported him despite his wrongdoings.

Despite his occasional sinful acts, the president of the International Covenant Ministries (ICM) preaches for God, Christianity, family values and love.

He also maintains an adorable family consisting of his wife & family, and although he may have treated them inferiorly sometimes, he is still a loving husband and a caring father.

Creflo has been married to his wife, Taffi Dollar, for more than 30 years now. The couple, who started their romance as a dating relationship, finally got married in 1988.

Soon after their wedding, the couple adopted a white boy named Gregory Campbell (Dollar). Gregory, who works at his Creflo's ministry and is also a published author, revealed that he had been prone to drugs and even contemplated suicide before he was eventually rescued by his foster father.

Creflo and his wife went on to adopt another son named Jeremy Dollar before becoming parents to their biological children: three daughters namely Jordan, Lauren, and Alexandria. Creflo Dollar and his wife Taffi Dollar take a trip in their private jet (Photo:- CrefloDollar.info)

While Creflo now maintains a loving relationship with his children, he may have found parenting hard during his kids' teenage years. Back in June 2012, 911 received a call from a distressed 15-year-old girl, who mentioned of being physically assaulted by her father.

When the police eventually reached the crime scene, the girl turned out to be Creflo's daughter. She accused her preacher father of choking and even slapping her while forcefully dropping her on the floor.

The 15-year-old girl's sister, Alexandria also affirmed her claims, but Creflo denied it by saying that the kids exaggerated everything. Further, he mentioned that he and his daughter had a dispute as Creflo didn't let her attend a party. He also stated that he was only disciplining his kid and hadn't assaulted her. The religious leader was arrested but was later freed on a $5000 bond.

Creflo's wife, Taffi Dollar had also accused her husband of practicing sexism against her and always having the final say in all matters. But, goodbye to the sad past, Creflo is now a loving father to his children and a caring husband to Taffi.

Creflo, who ages 57 as of February 2019, graduated from the West Georgia College located in Carrollton with a Bachelor's degree in Education.

He later went on to establish the World Changers Church International in his hometown in College Park, Georgia, which would eventually have millions of followers.

Creflo, who possesses a height of more than five feet, has accumulated a massive net worth from his career as a televangelist. He lives in a lavish house in Bergen, New Jersey, and also owns a 56-acre property along with a mansion in Georgia.

While his lifestyle is justified considering his net worth of $27 million, some have criticized him for being materialistic.