Who Is Prettyboyfredo Girlfriend? Age, Net Worth & More

By LRU Writer | On: February 06, 2019
Prettyboyfredo, who goes by the real name...is blessed with fame fortune and family of his own. He shares a longtime romance with his girlfriend turned fiance...as they have been together for...the duo even share...together making them a family of...Well, at the time, he is also blessed with a massive net worth of... 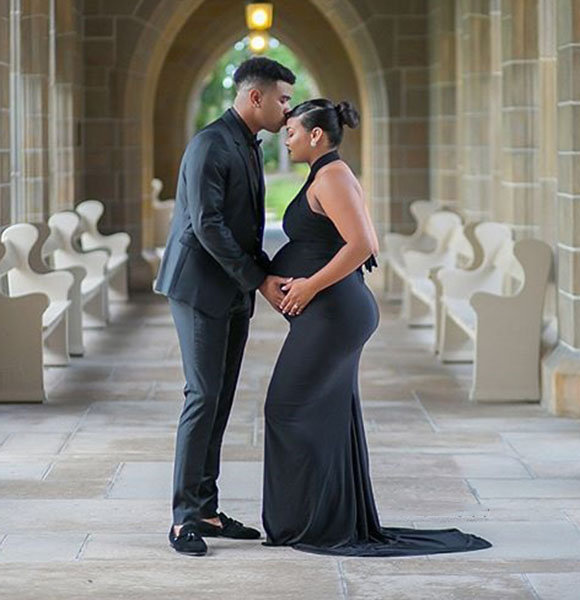 YouTuber Prettyboyfredo is a sensational name in the world of entertainment: he has five million and counting subscribers on his personal YouTube channel where he uploads videos ranging from haircut pranks to serious arrested stories.

Adding to it, he co-owns another YouTube channel The 2x Family with his girlfriend-turned-fiancee. While the duo makes their name in the YouTube world, they also share a perfect family together being proud parents to their baby girl.

Years Of Romance With Girlfriend - Who Is She?

Prettyboyfredo, who goes by real name Alfredo Villa, is blessed with both fame and fortune along with a family of his own. Interestingly, he shares it all with his girlfriend-turned-fiancee, Jasmine.

Alfredo and Jasmine have been together for over five years since they began dating back in 2013. It is not known how the couple met and fell in love but they sure seem to share a strong foundation.

The duo has been together through thick and thins: surrounded with love, fame and even fortune along with their collaborative channel The 2x Family. The channel, that now has 2.7 million subscribers, when reached it's 1 million, Prettyboyfredo gifted a dream car, an Audi to his girlfriend.

After being together for almost four years, Alfredo and Jasmine welcomed a baby girl Ava into their life on 11 November 2017 and embraced parenthood with open arms. Almost a year later, Alfredo presented his girlfriend with an engagement ring asking her to marry him. The proposal came while their family of three were in New York for their daughter Ava's photoshoot: weeks before her first birthday.

Read Also:- Who Is Gigi Gorgeous Girlfriend? The One Whose Net Worth Is Billions

Alfredo secretly planned the proposal that came as a total surprise to Jasmine. He poured his heart out while cherishing her presence in his life. He even added Jasmine's closest people around the special day.

Later, Alfredo posted a video from their engagement day on their YouTube channel The 2x Family which also included heartwarming messages for Jasmine from her closest friends.

Well, Alfredo and Jasmine - though yet to be married - seem total content in each other's presence as they celebrate their life together setting couple goals while being perfect parents to their baby girl.

From Age To Net Worth - Where Does He Live And How Old Is He?

Prettyboyfredo, who established himself as a YouTuber, only began posting original content in his channel since 2014. Since then he gradually grabbed millions of subscribers earing huge fan and massive net worth of $700,000 at the same time.

Alfredo, who celebrates his birthday every year on 20 August, is currently at the age of 25 earning big bucks with his skills. Being raised by his parents alongside his sister, Alfredo posts various pranks, challenges, and vlogs on his channel grabbing viewers with his entertaining content.

Well, Alfredo, who lives in Orlando with his soon-to-be wife and baby, is surely enjoying the height of success that he has reached.