By LRU Writer | On: November 21, 2018
Dakotaz, at the age of 42, was earlier secretive about his identity but back in ...... he came forth with his face reveal uploading a video on...The video grabbed him ...subscribers......Apart from his life in the spotlight, he is also blessed with a European girlfriend whom he may be planning to make his wife...... 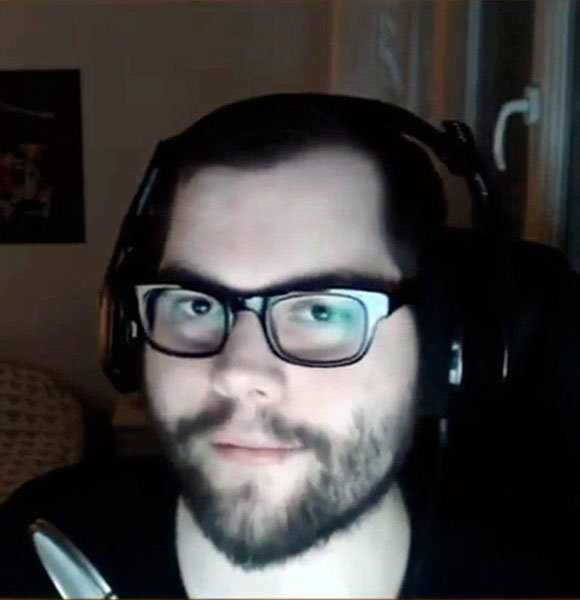 If someone can prove getting famous does not require a face, then it is an American gamer, Dakotaz!

With a huge fan following on both Twitch and YouTube, the professional gamer remained under the veil not revealing his face for years.

As his empire grew on the gaming field, he promised to have his face revealed among his followers. After he reached 1 million subscribers on YouTube, he came forth on his cam revealing his appearance.

With the "face reveal" video, not only opened up among his fans but also kept the promise he had made earlier with his admirers.

Dakotaz, who goes by the real name Brett Hoffman, is a professional gamer. He gained popularity streaming on Twitch while uploading videos on his YouTube channel named Dakotaz.

With his gameplay and impressive thumbnails, Dakotaz grabbed millions of fans following which currently counts up to 2.6 million subscribers on his YouTube channel along with significant followers on other social media platforms including Twitch.

While Dakotaz was rising to fame, he remained secretive of his identity uploading videos without a cam as his videos were all about gameplay through his voice only. But as his subscribers grew, he promised to reveal his face as his channel reached 1 million subscribers.

Dakotaz reached the million milestone mark back in February 2018, and that is when he came forth with his face reveal. He uploaded a video in which he showed his face while also sharing one of his gameplay at the same time.

However, in the video, Dakotaz divulged that there would be no change in his future videos despite the face reveal. He clearly stated that his videos would be "all about voice and gameplay." It turns out he still uploads videos without a cam but with focus on the gameplay, like the old days. Dakotaz face reveals on 12 February 2018 through one of his videos (Photo: YouTube.com)

With his uploaded video, Dakotaz was able to grab positive comments. He was appreciated by his subscribers for not adding "face reveal" on the title to bait views on the video.

Besides the love from his subscribers, Dakotaz, at the age of 42, is also blessed with a passion which he shares with his girlfriend. He is currently dating and is blessed to have a girlfriend who supports him in his personal and professional life.

It turned out that his girlfriend was the one responsible for his impressive thumbnails which have been admired by many. Well, he did credit his girl for the appreciations that he garnered.

You may also like: Michelle Wie Secretly Announced Boyfriend, No One Noticed; Earnings, Net Worth & More

However, Dakotaz has not yet revealed the identity or the face of his loving partner. Back in January 2018, he mentioned that his girlfriend lives in France and they bounce back and forth from the US to France to spend quality times together.

Well, other details of his girlfriend are still a mystery and will remain so until the gamer comes forward to share his lovelife with the fans.