By LRU Writer | On: March 15, 2019
Vampires have always been topped ladies’ list of potential boyfriends. From Edward of Twilight series to Damon from The Vampire Diaries, the good looking boys kept stealing girl’s heart from all over the world. Giving the bloodthirsty creatures a run for their money, there is a new vampire on the block. 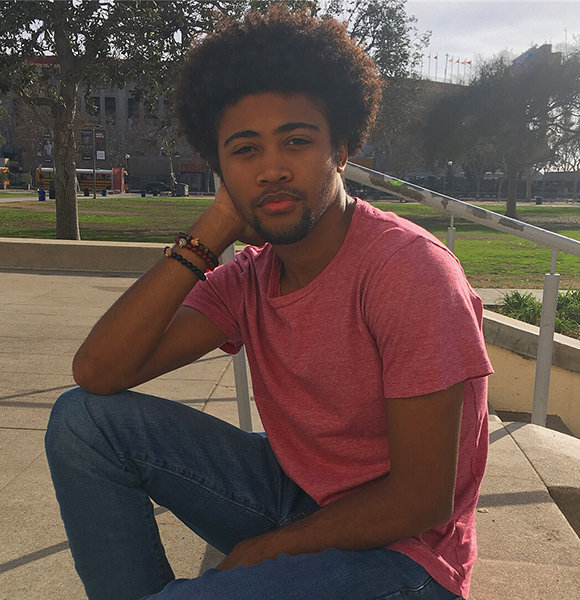 Vampires have always been ladies list of potential boyfriends. From Edward of Twilight series to Damon from The Vampire Diaries, the good looking boys kept stealing girl’s heart from all over the world.

Giving the bloodthirsty creatures a run for their money, a new vampire on the block is Quincy Fouse, who stars in The CW’s Legacies as Milton Greasley. Also, known for his role in movie Logan alongside Hugh Jackman, he is an upcoming actor of Hollywood.

A family’s love and support mean a lot as it determines what we grow up to be as a person. Luck favored Quincy in this regard that he was surrounded by a loving family while growing up. His family supported his acting ambition since the beginning. His massage therapist mom, Tinisha Clarke, and father were the rock behind him as he plunged into the tough profession of an actor.

Well, his family also include his younger sibling a brother and a sister named Lalani.

On His Bio And Age

Quincy was born on 26th August 1997 in the USA. Although, the actor of height 5 feet 8 feet (1.73 m) first starred in The Kicker as Elden Pugh-Thorkelson, it was his role in ABC sitcom The Goldbergs where he got somewhat recognized.

Steadily building his acting credit, he landed his primary role as M.J. in Legacies.

The 21-year-old actor has got a lot of potentials, with his dedication towards acting he can achieve great success in his career. Well, Qunicy’s talent is not only limited to acting. The multifaceted star is also an upcoming hip hop artist.

Showcasing his talent as a rapper, he released an album titled Soulspace. The 11-single-containing album dropped in 2018 where Quincy is credited as Soul Fro, his rap name.

With an increasing portfolio, the spotlight is on his dating life. Well, the young lad’s dating life is anything but interesting.

Quincy was in a relationship with actress-singer Jireh Noel. Her presence, while he bought his dream car, cemented the depth of their relationship. It must have been amazing to be young and in love! But, Quincy, who was quite open about his beau on social media, stopped posting about his relationship. Similar treatment on her part raised a question if the pair broke up.

On top of that, the American nationality got spotted hanging out with Melissa Jewel, a fashion merchandising student. Although he calls her his best friend, the absence of his girlfriend and significant presence of best friend raises a question about his relationship status with Jireh.

Nothing can be said about his romance with the Instagram model for now.