By LRU Writer | On: November 20, 2019
Just six months after the tracksuits wedding,  Rag ‘n’ Bone Man and his wife...couple couldn't handle the stress of...He and his wife have also not...The two had been long-time partners before...Having a few friends and family invited over, the musician wore a...Their marriage was officiated on...His interest in the world of music came from his...Eventually rising to fame, in 2019, he is the popular musician... 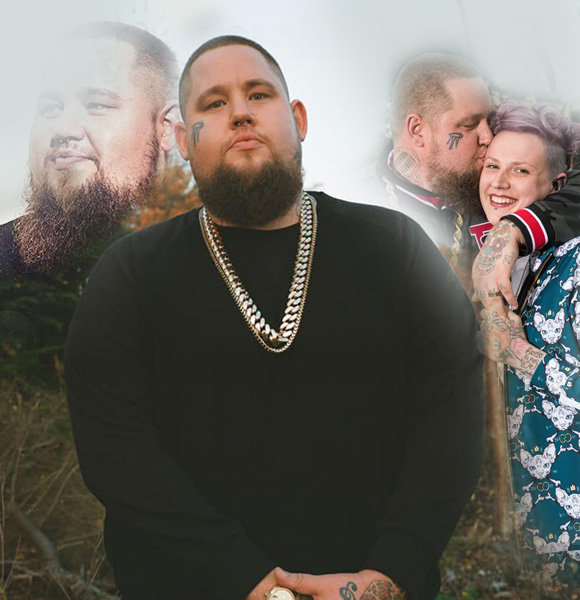 According to reports, the life partners have changed their relationship to friends from husband and wife. A source close to Rag'n Bone talked about their split in detail.

However, the separation was an amicable decision by both. Rag‘n’Bone Man is yet to make a statement about the departure.

The duo has also not commented on the reason for their split or the date of a pending divorce.

As of now, both the musician and his wife remain mum about their relationship and plans for the future.

His Relationship With Beth & The Wedding

Rag'n'Bone Man and Beth were long-time partners before getting married. Just two years before their wedding, the pair had welcomed their baby boy Reuben.

Finally, after dating for over a decade, the two tied the knot. Rory and Beth had planned a grand wedding along with a twist. Instead of the formal dress code at most weddings, every member attending the ceremony arrived in sportswear.

Having a few friends and family invited over, the musician wore a dark grey camouflage track with round sunglasses and a gold chain with the Mercedes logo. His wife-to-be was dressed in a teal and white cat-themed track over a casual white t-shirt. The wedding was officiated on 3rd May 2019, at the pretty Lewes Registry Office in East Sussex.

Rag'n'Bone Man (Roy Graham) was born on 29 January 1985 in Uckfield, East Sussex. Singer-songwriter by profession, Rory's love for the music world came from his family.

His interest in music came from his dad. Rory's father used to play guitar and listen to different types of music. At a very early age, Rory was introduced to various genres of music.

By the time the artist was five, he had already taken his first step into the music industry, singing with a local drum and bass crew.

In subsequent years in high school and college, he also became interested in other activities like gardening and painting but never lost his interest in the world of music. However, his inclination to studies dropped, and showcasing a troublesome behavior, he was expelled from King’s Academy Ringmer. He later completed his college education from the Uckfield Community Technology College.

After completing his education, his interest in artistic things grew even more. Especially his love for music, Rory soon joined local groups and started to learn the basics of music.

Eventually rising to fame, in 2019, he is the famous musician Rag'n'Bone Man with hit singles like Hard Came the Rain, Healed, and Human.