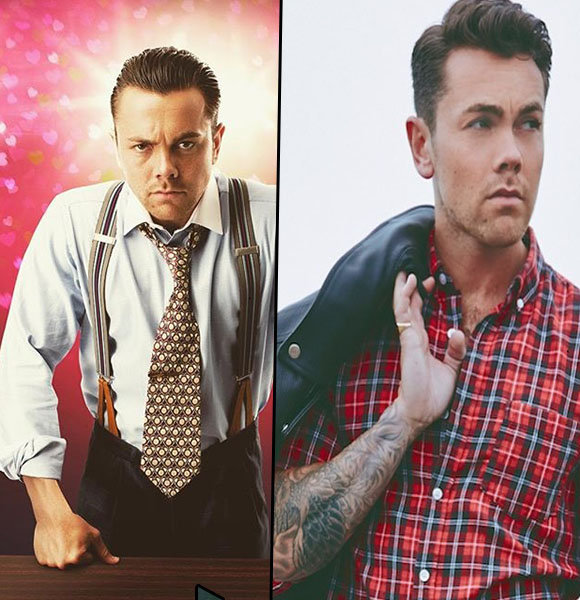 Wedding bells are on the way!!!

X-Factor fame Ray Quinn is officially off the market. On New Year's Eve 2019, Ray bent his knees to his girlfriend and made the grand proposal. And his girlfriend Emily Fletcher said 'Yes.'

Read on to know more about the big engagement.

The news of Ray Quinn and his girlfriend Emily Fletcher's engagement came after Ray shared a post on his Instagram on New Years'. He shared the sweet of himself and his fiancee kissing as Emily flashed her engagement ring. Further, the picture was captioned,

Welcome to the family my Queen #shesaidyes

The former X-factor fame opened up his relationship with Emily in 2017. As of now, after the big engagement, what awaits further is a grand wedding.

Which we will surely cover, so be sure to stick around.

Before getting engaged to his girlfriend Emily, Ray was once a married man. In a dreamy ceremony held at a beach in Barbados, he tied the knot to actress Emma Stephans on 31st March 2012.

The couple initially met when they were starring together in the London Grease production in 2009. After dating for a year, the couple got engaged in 2010, when Ray proposed to Emma on Christmas Day.

A year after the engagement, the couple finally tied the knot in 2012.

But, Emma was pregnant with a flashy baby bump while getting married. A few months later, the couple welcomed their first child together on 2 August 2012- a boy named Harry Frank.

Ray Quinn was born on 25th August 1988 in Merseyside, England, UK. He rose to fame as a contestant on the talent competition show, The X Factor in 2006. He was able to secure second place in the show.

Later, he also became a contestant on the Dancing on Ice show and the winner in its fourth season.

Ray Quinn is a big supporter of the LGBT community. He has been very vocal about his support on various occasions.

Further, he is also involved in the Albert Kennedy Trust, which supports gay, lesbian, bisexual, and trans homeless young people in crisis.

During a gig organized by the Kennedy Trust in 2015, Ray showed his support by stripping off his shirt after his musical performance.

Stay with us for more upcoming updates regarding the happy couple and the star's career.