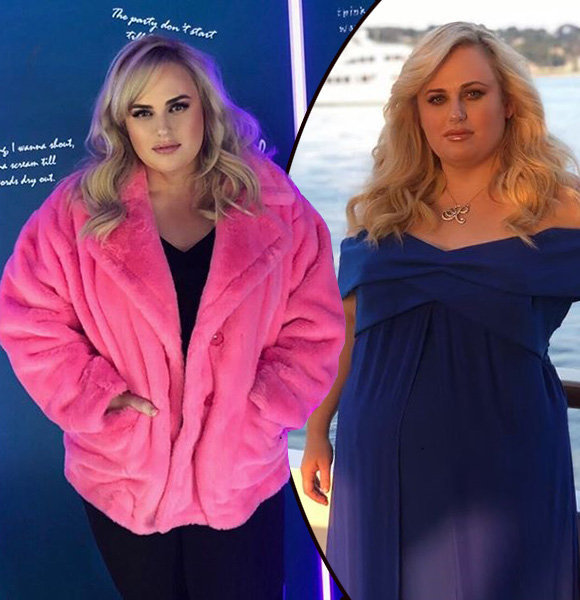 Rebel Wilson is an Australian actress and comedian best known for her role as Fat Amy in Pitch Perfect (2012).

She also played a significant role in Cats (2019) alongside celebrities like Taylor Swift, Idris Elba, Jason Derulo, Ian McKellen, and James Corden, among many others.

In addition to acting, she is also an accomplished writer and producer. Throughout her career, she has received many accolades.

She won the MTV Movie Awards for Best Breakthrough Performance and Best Musical Moment in 2012 for Pitch Perfect. Rebel went on to win more awards in the following years and has successfully cemented her position as a skilled actress.

The Pitch Perfect actress declared 2020 to be her year of health. The comedian started losing weight since the start of the shooting of Cats.

She stated that she had lost between 40 to 50 pounds. The actress revealed more details regarding the astonishing weight loss:

I lost eight pounds shooting my number, in four days. One, because there's a lot of physicality… But also, they heated up the set very high, to almost 100 [degrees] Fahrenheit, so that we could never cool down.

Rebel vowed to cut down on junk food as much as possible for 2020. The actress also shares clips from her workout regime.

She also has her own plus-size clothing line called Rebel Wilson X Angels, which she created because she had a lot of trouble finding clothes that fit her. She is the spokesperson for Jenny Craig, an Australian weight loss and nutrition company.

The celebrated comedian is dating Jacob Busch. The two started seeing each other from early 2019. They met at a Hollywood bungalow through a mutual friend and had their first date at Catch Restaurant in Santa Monica.

Jacob is a member of the Anheuser-Busch family, who owns the eponymous brewing company. The family has an estimated net worth of $13.4 billion.

Rebel’s first known romantic partner is actor Mickey Gooch Jr. While it is unclear when they first started dating, the two separated amicably in September of 2015.

The actress went on to date actor Aden Stay in 2017. The two made their relationship public during the 2017 MTV Movie Awards. The two split up, but no details regarding it are known.

Rebel Wilson’s real name is Melanie Elizabeth Bownds. She was born to Sue Bownds and her husband on 2nd March 1980 in Sydney, Australia. She has two sisters, Annaleise Wilson and Liberty Wilson, and a brother named Ryot Wilson.

Her father passed away when she was shooting for her own show Super Fun Night (2013).

According to celebritynetworth.com, Rebel Wilson has a net worth of $16 million.